During the last 34 days I’ve had several opportunities to help people with pronunciation of Oregon. This morning I was involved in scraping the windshield again. The temperature was 26 degrees in Twin Falls. The scenery across southern Idaho is not so much. There wasn’t a single reason to get out of the van and take a photo, until this rest stop. 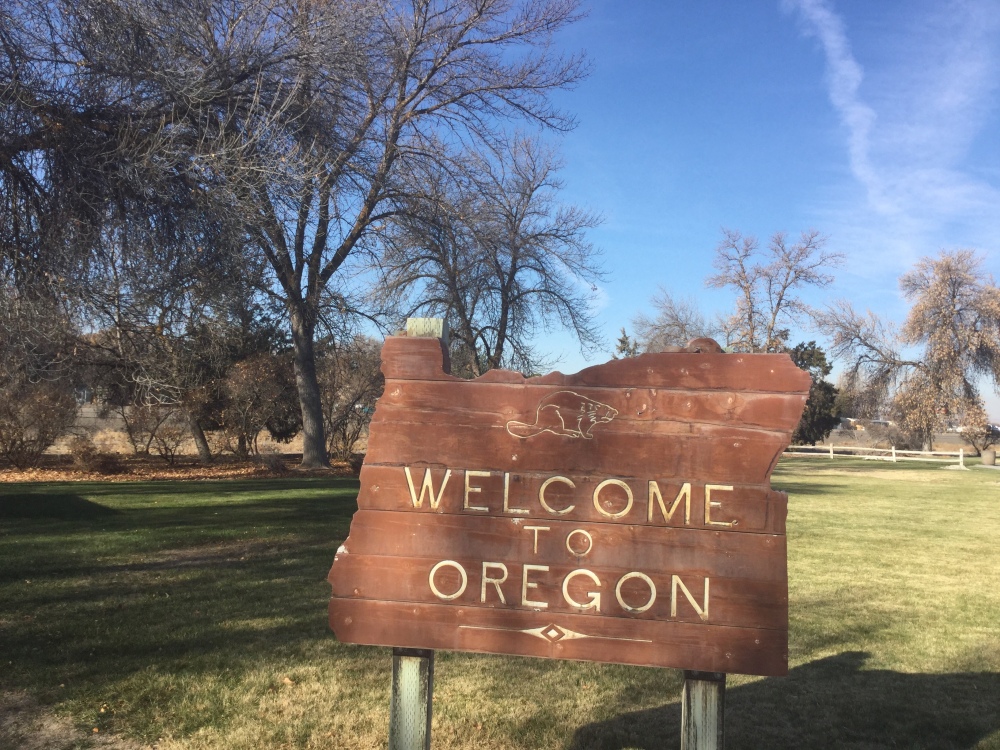 Not long after the rest stop, we whizzed by Ontario,Oregon. After we cleared the town, I found an exit that led me back through Ontario on a lesser road. I was trying something distinctive. They do have a nice looking High School. I decided to see if I could find First Christian, using the “two blocks from success” theory. My biggest problem was I was having a hard time deciding where “success” is in Ontario. The High School is out on the edge of town and relatively new, so our church wouldn’t be there. I had to dine old success, rather than new. 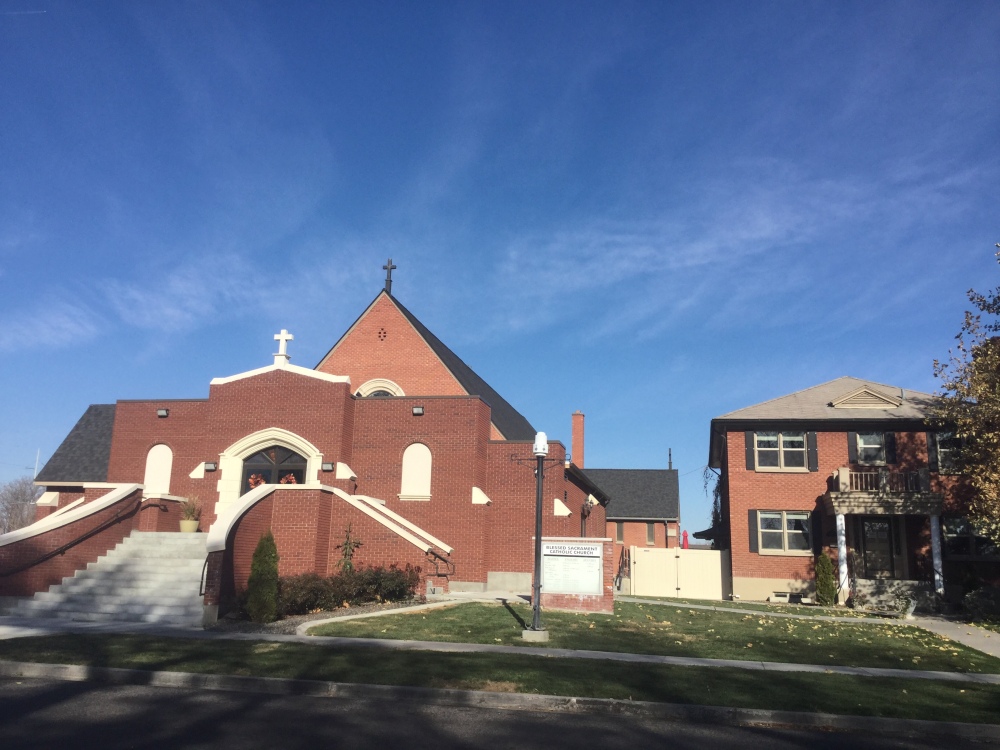 I order what church it was before the Buddhist’s took over? 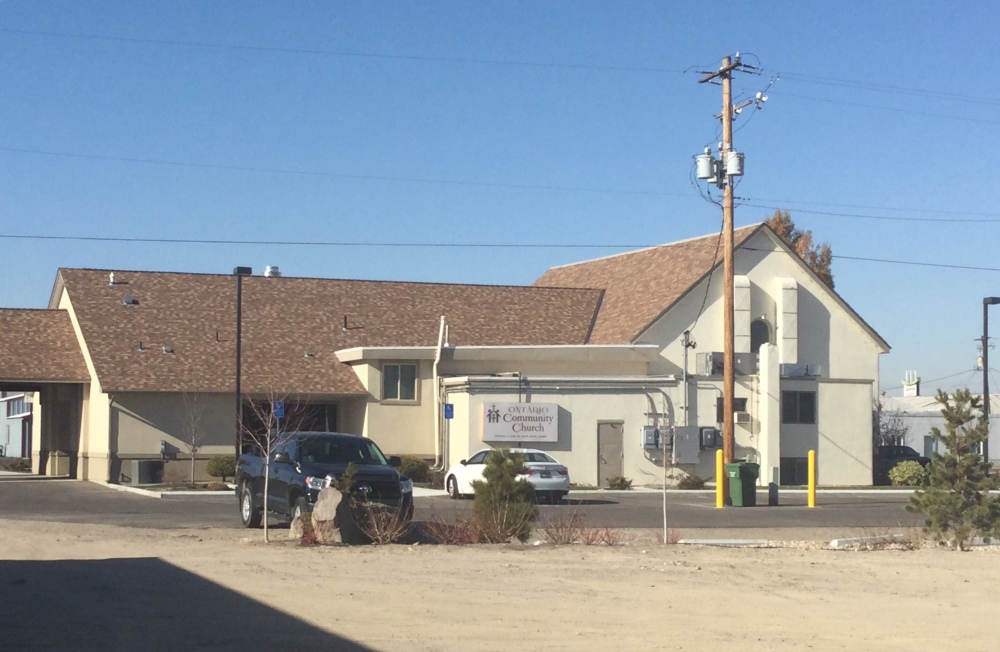 I found a Lutheran (Missouri Synod), a Baptist, and an Episcopal Church. I finally gave up and google mapped the First Christian Church. Lo and behold, I had been within 1 block of it numerous times and never saw it. It’s kind of a cute little building. 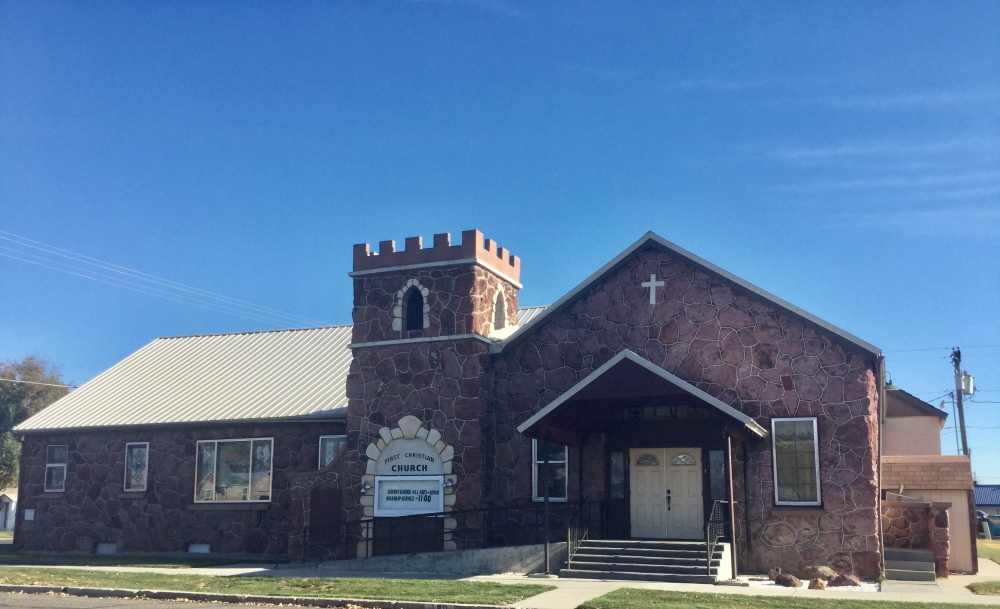 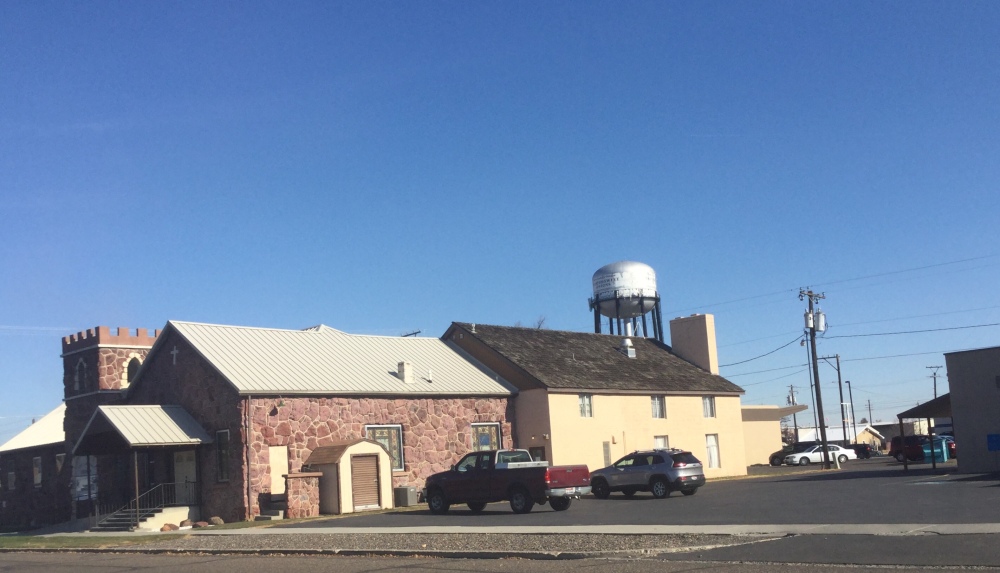 I’ll turn now and show you the view down the most prosperous looking direction. Is the Christian Church two blocks from success? 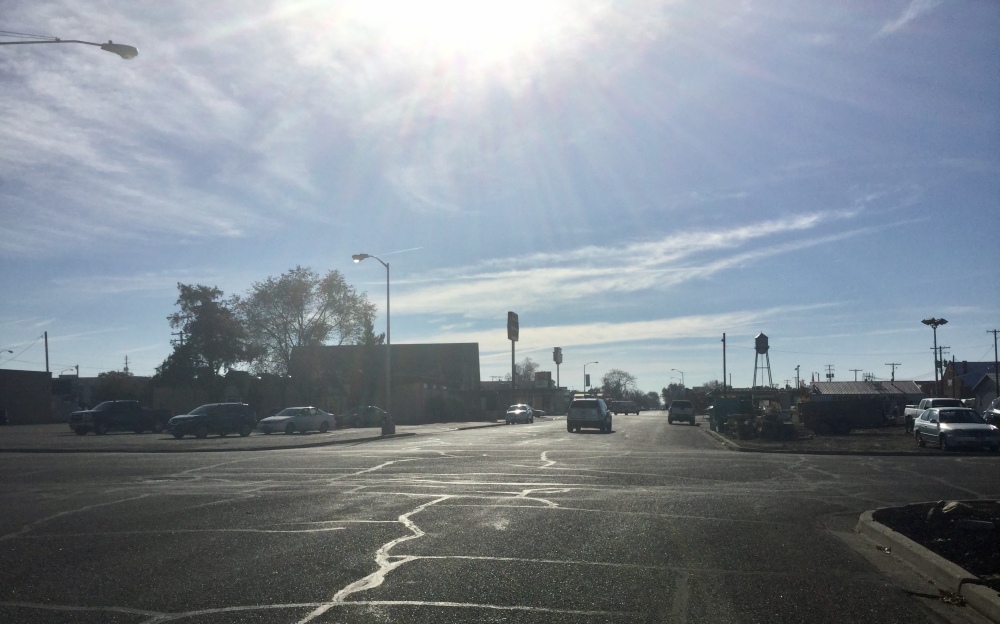 Two blocks away is SW 2nd Street, but nothing looks very successful in old downtown Ontario. Go east or west down 2nd street and before you go too far you’ll run into new success… Walmart’s, targets, fast food. Gas stations.

I’ll get off this depressing theme, and head to the Four Rivers Cultural Center. 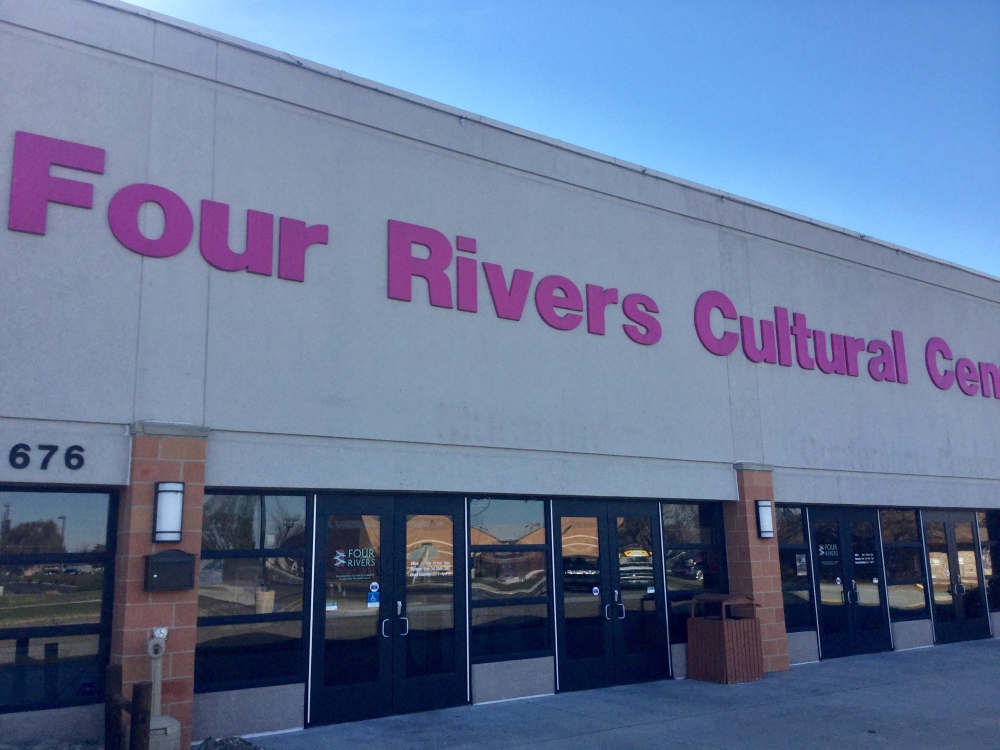 Oops, it’s closed for Veteran’s Day. Turn around and you’ll see the Cultural Center is part of a memorial plaza. 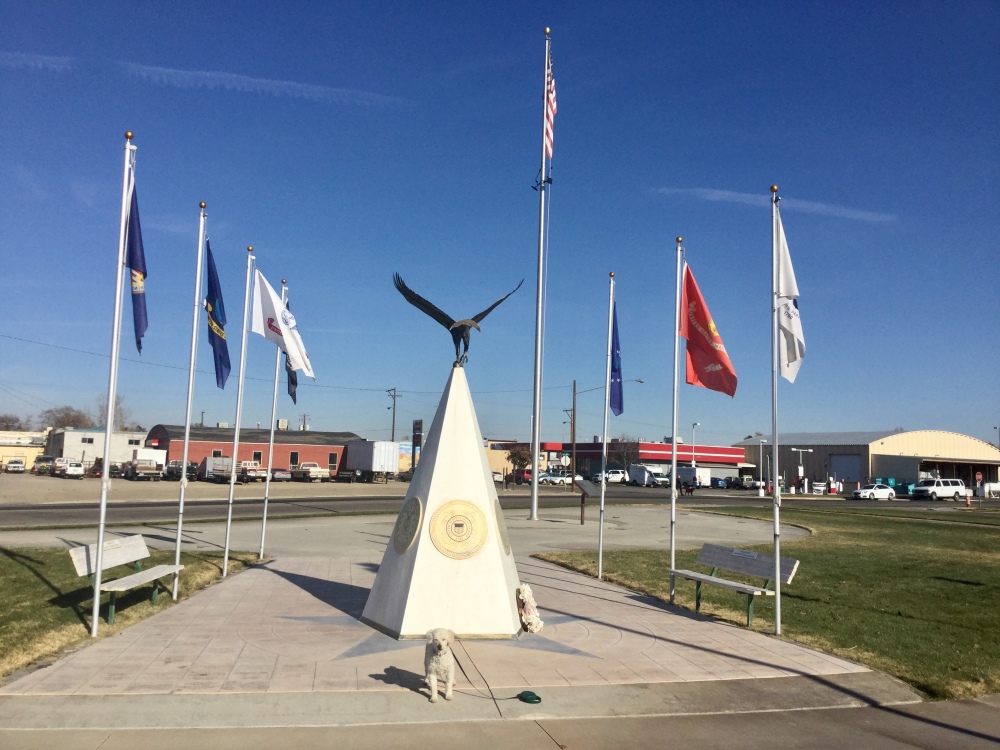 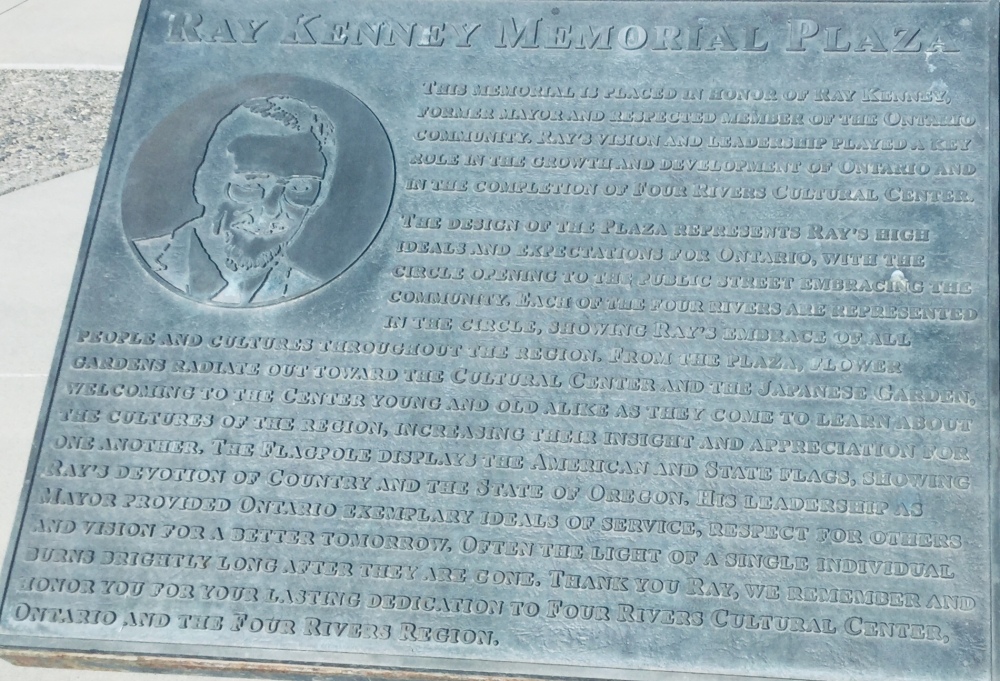 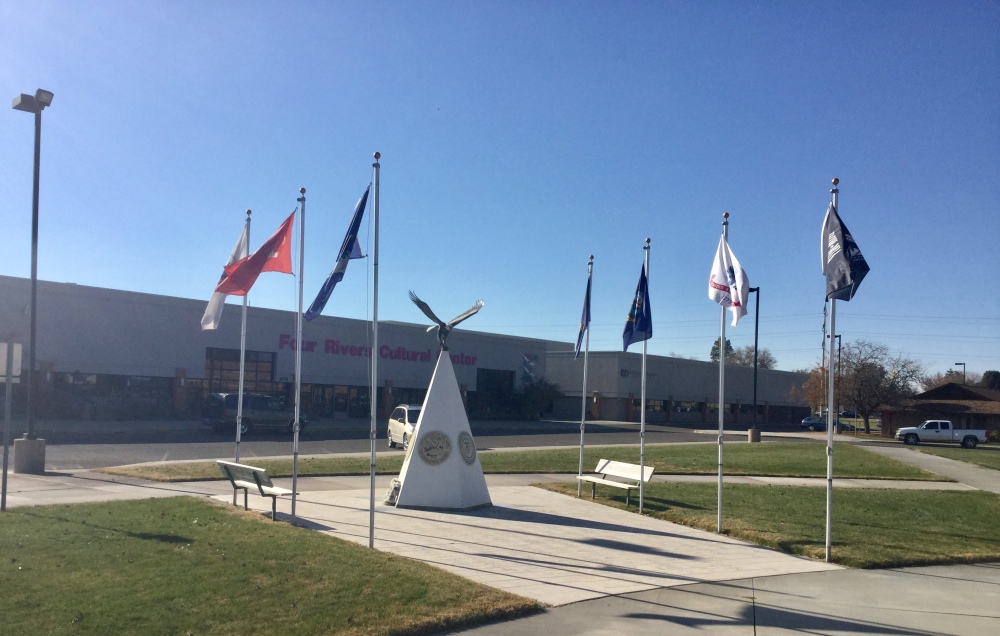 Attached to the Cultural Center building is this: 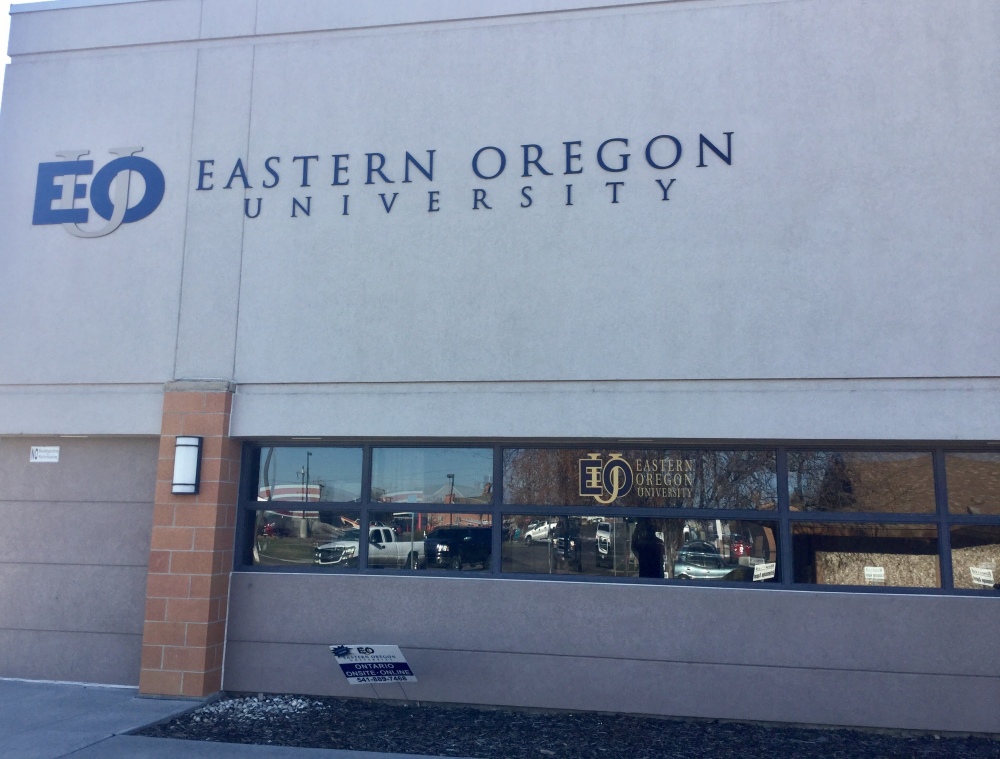 Turn around and There’s a building with this placard out front. 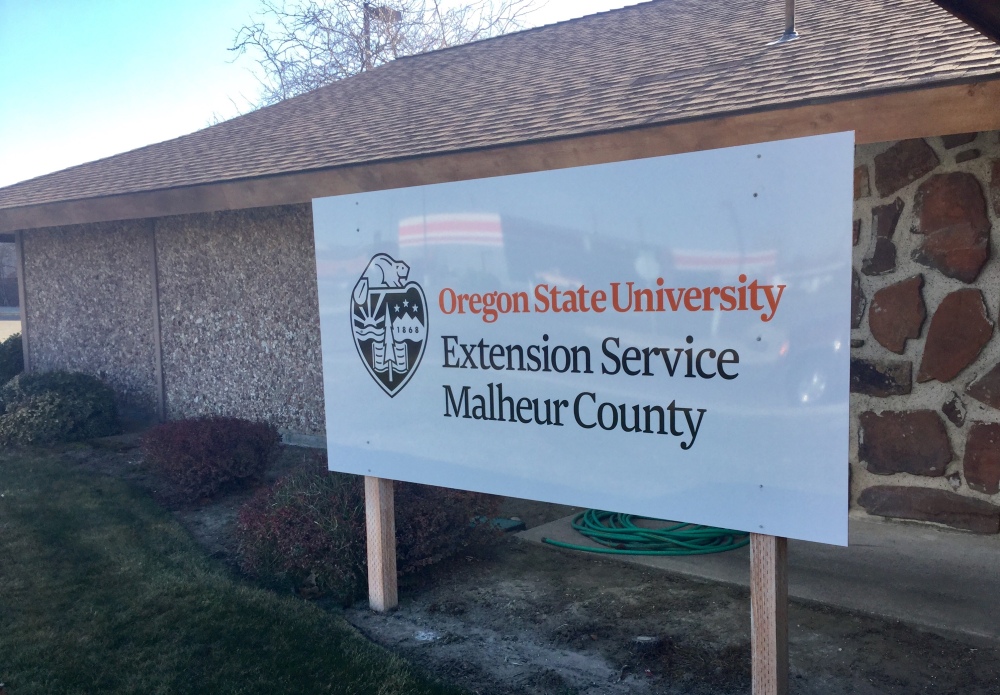 There’s also a sort of park, and you can see the hospital is close at hand. Looks like there’s been efforts to reinvent old downtown. 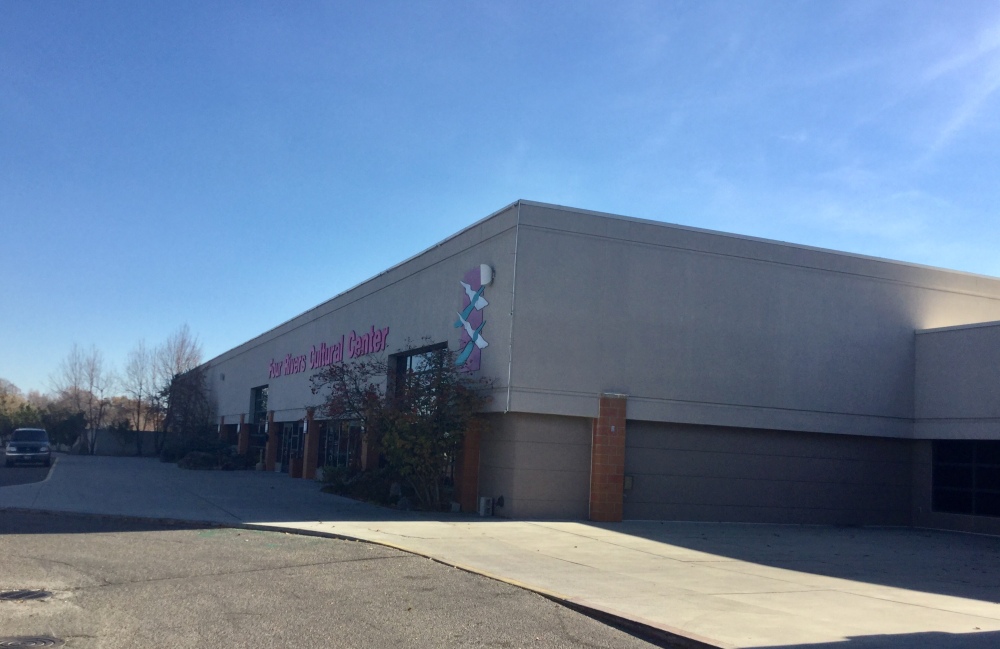 So that’s it, that’s all. Tomorrow Tofu and I will cut across Oregon the long way. Instead of going through Burns (been there-done that), we’re going through John Day (never been there). Lynnie had an Aunt and Uncle who lived in John Day with their kids. John Day is one of the few places Lynnie has visited and I haven’t seen. Another one is Condon, Oregon. Lynnie was there for her brother Skip’s second marriage. There were lots of flies. Anyway, I’m not going that far. John Day, Prineville, Madras, Redmond and then Bend. We’re due to arrive home in Corvallis on Wednesday. I’m ready. I’m sure Tofu will be glad to see the backyard, her cat-er-familia and of course the rest of her pack.