This morning we were in Oriskany New York. Our Motel was in a strange place.

This is the only motel for a couple miles. The training Center is also an airport. But there’s hardly any traffic. Country road wise we had our best day. I didn’t have to stop, turn around, backup, or any other things. So I successfully went from Judd road to Cider road to 90 east to 87 north to 7 east to 279 east to 9 east to the exit where we are staying the night in Brattleboro, Vermont.

I didn’t take any photos till we got in Vermont, so this is an All Vermont, photo collection. We crossed the Green Mountains. At lower levels there was still fall foliage on the trees.

Much of the time was spent on two lane roads with quaint little village junctions. 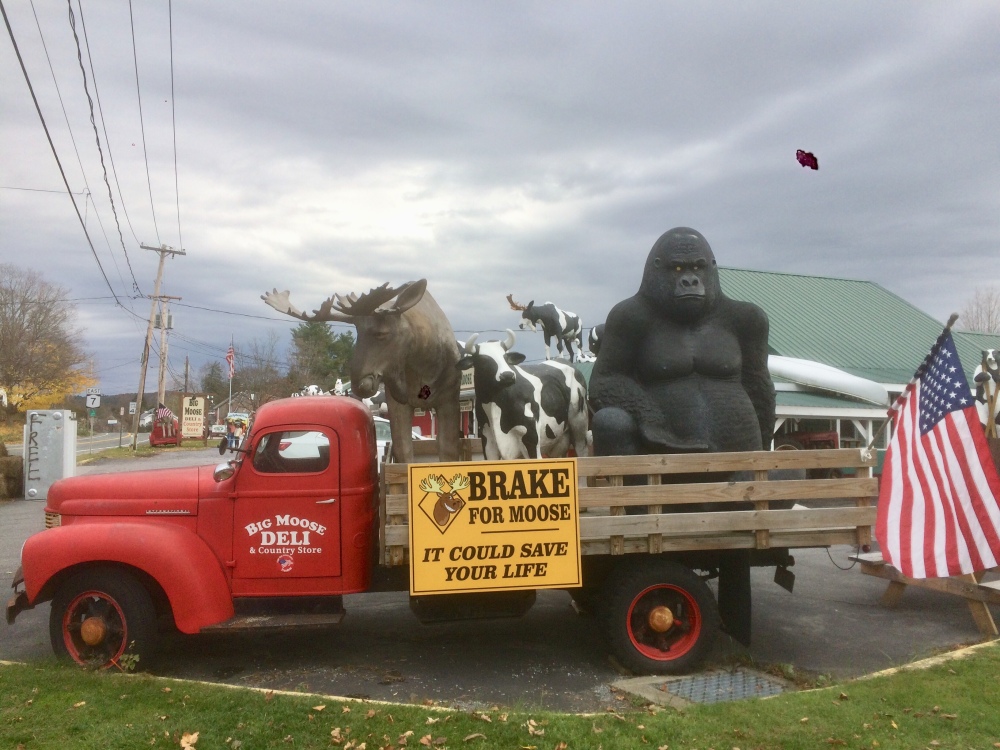 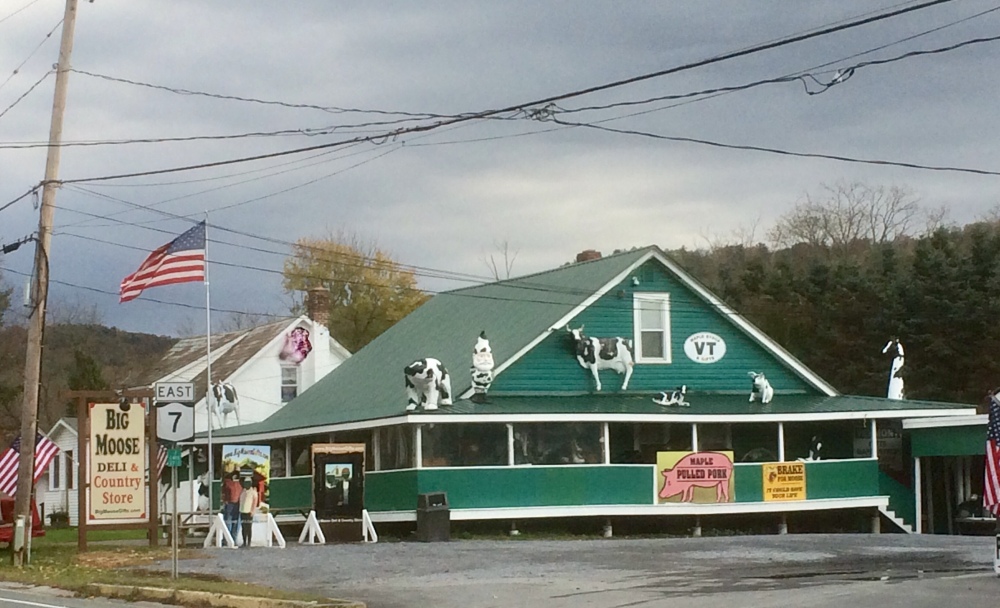 Almost all the higher elevation forestland is deciduous trees that have lost their leaves. It’s the first time seen a grey forest with an evergreen poking out here and there. 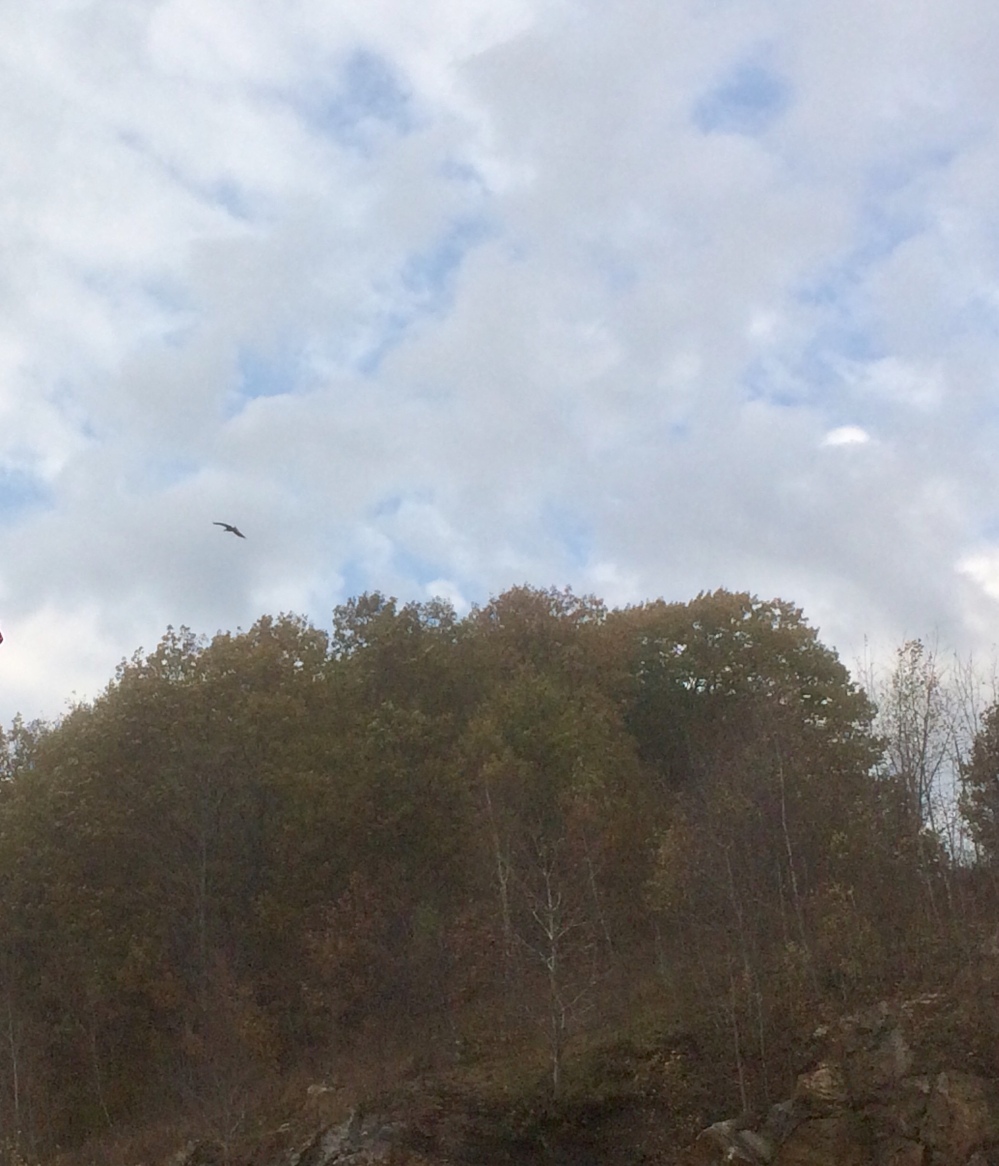 That’s a bald eagle. When I first saw it, it was so close I could see the white head, but before I could get my phone up, he was on his way. All the previous pictures were taken on my iPhone. When I air dropped them to my iPad, I noticed a spot in the frame. After careful examination, I’ve discovered a scratch on on the lens. From now on, I’ll just use the iPad.

There are small obelisks every few miles down the road. I was standing by one as I took photos of the eagle.

We came to an overlook that interested me. I was especially excited about the ice cream cone sign. 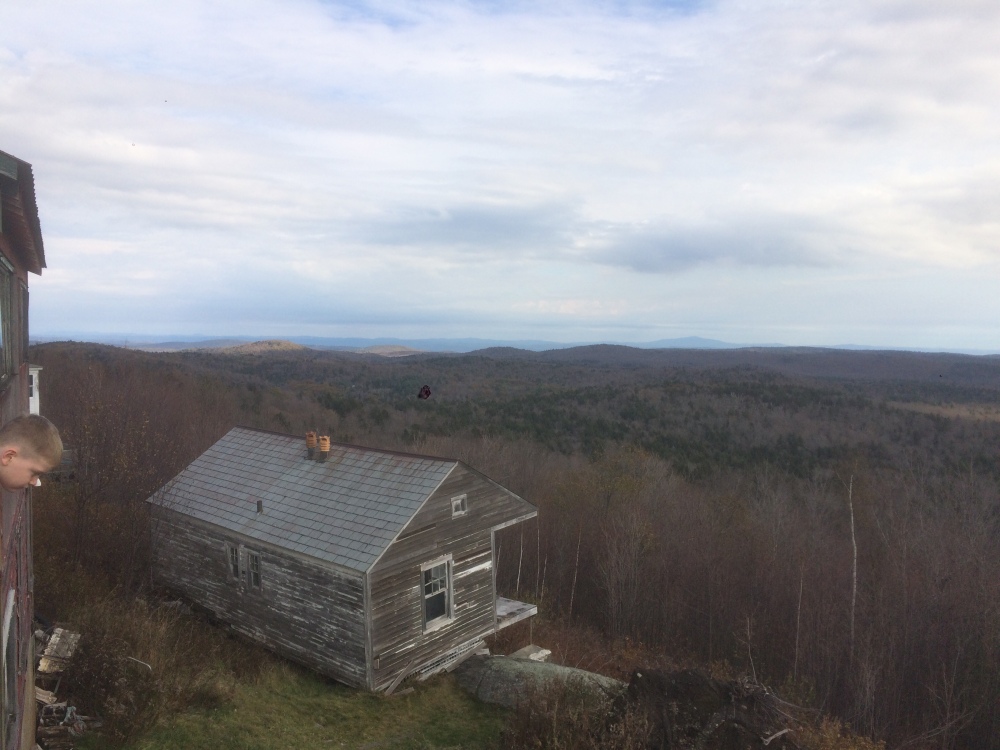 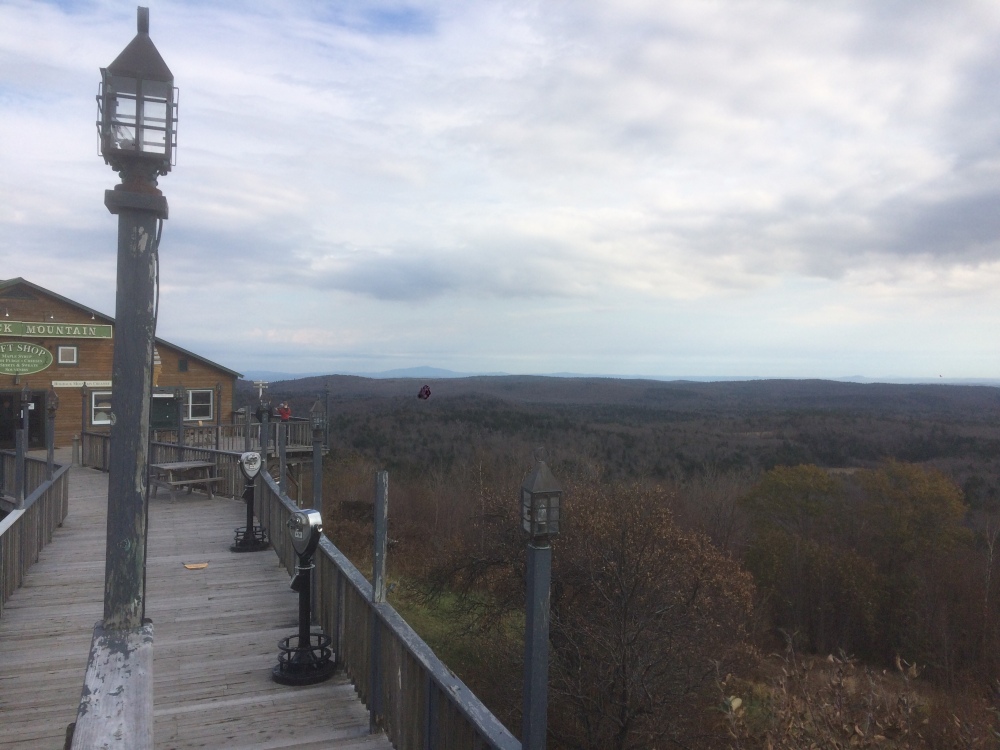 When I went in the Hogback Mountain Visitor center, I was deeply disappointed to see the ice cream machine was closed down for the season. Someone should tell these people that studies show people eat more ice cream in the winter than they do in the summer. So I got back in the van and Tofu and I went down into West Brattleboro, where I took some photos of aCongregational church in honor of Bob Young. 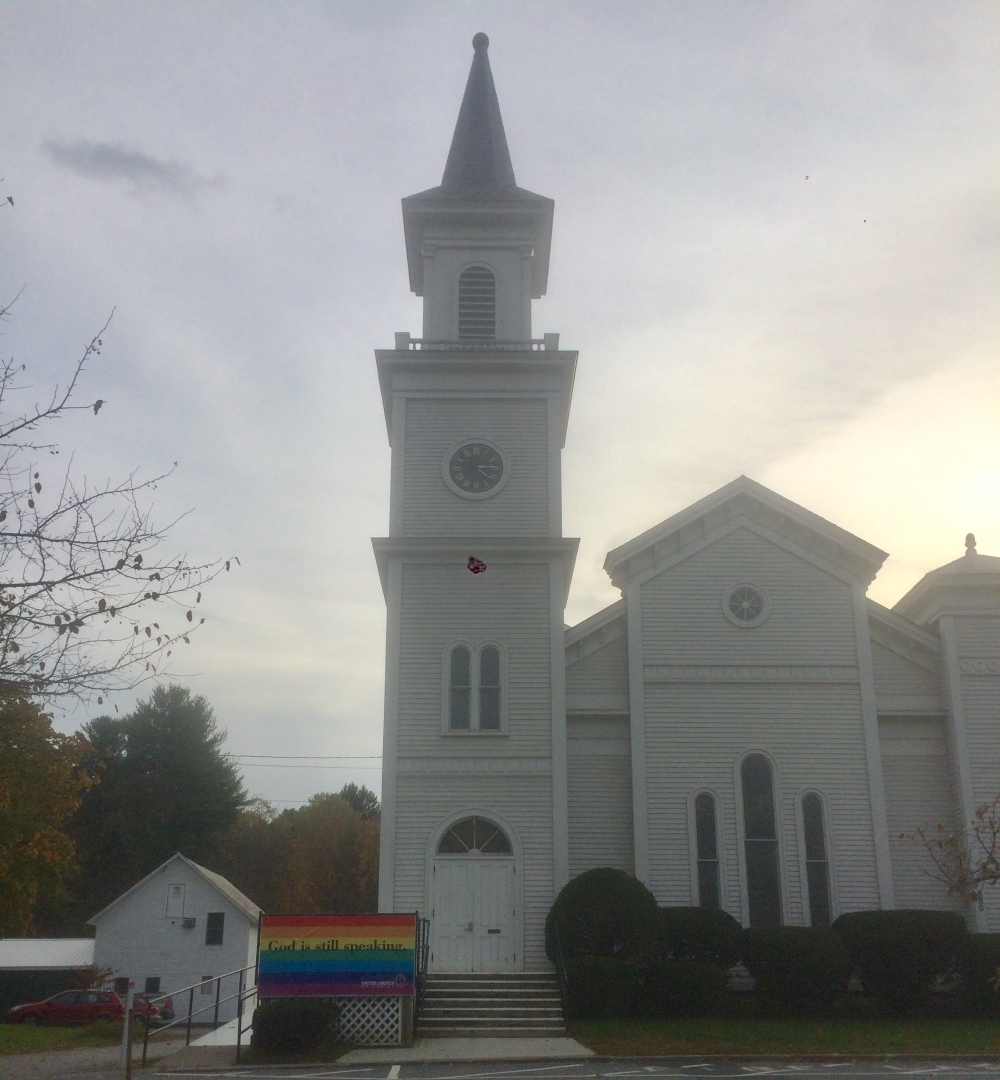 Here’s a final photo of a house in Brattleboro. The nasty spot on the roof is the scratch on my phone. Tofu thinks it’s time to go outside for a walk. Somewhere close at hand there are chimes that ring every hour on the hour. InVermont now is the time kids are getting ready to go trick or treating. The weather is chilly, but there is no rain. I kind of doubt that Tofu and I will get to see any kids in costume, unless we go to a fast food place and catch some.

Everyone, keep an eye out for goblins on the street. Happy Halloween! Love.