It was a frosty morning at Niagara Falls.

Tofu and I started down the turnpike heading east toward Oriskany (Ore-ISS-kahknee) New York. The turnpike is sometimes called the Eire Canal Highway. As we drove through the mostly flat land, I wondered if we would have an opportunity to encounter the Canal. The turnpike is very much a limited access highway. I learned today that 70 years ago when the turnpike was built, people were told that it would be paid for by 1961, and the tolls to travel would be lifted. It cost me $8.35 to travel from Buffalo to Oriskany. In the middle of our trip, lo and behold, there appeared a Visitor Center about the Erie Canal. It just opened last May and is the only monument available on the entire turnpike. 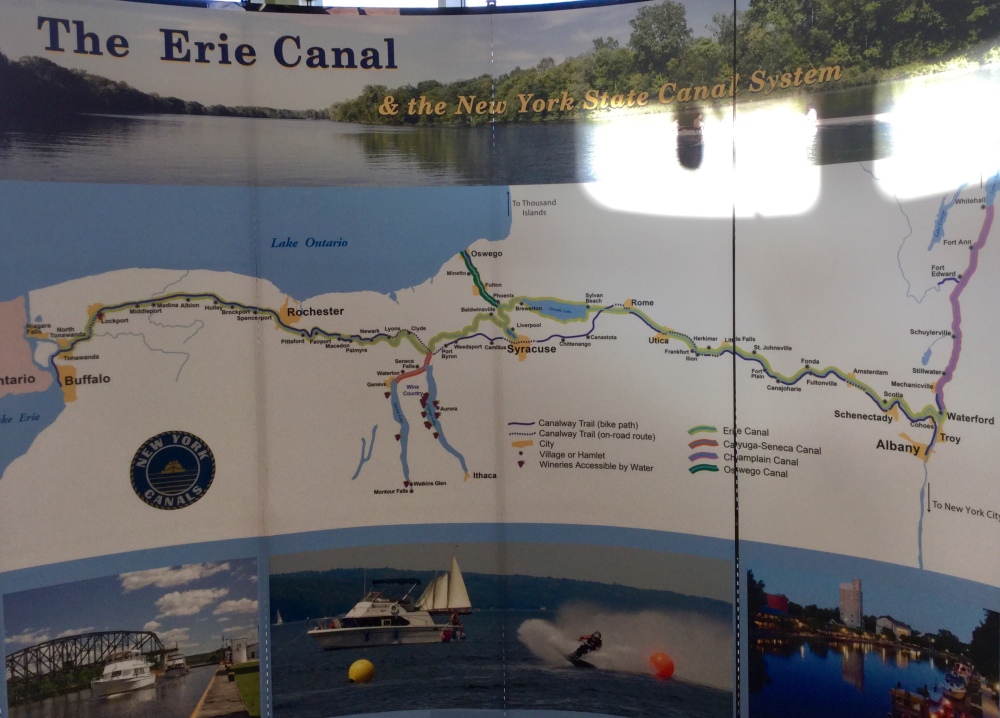 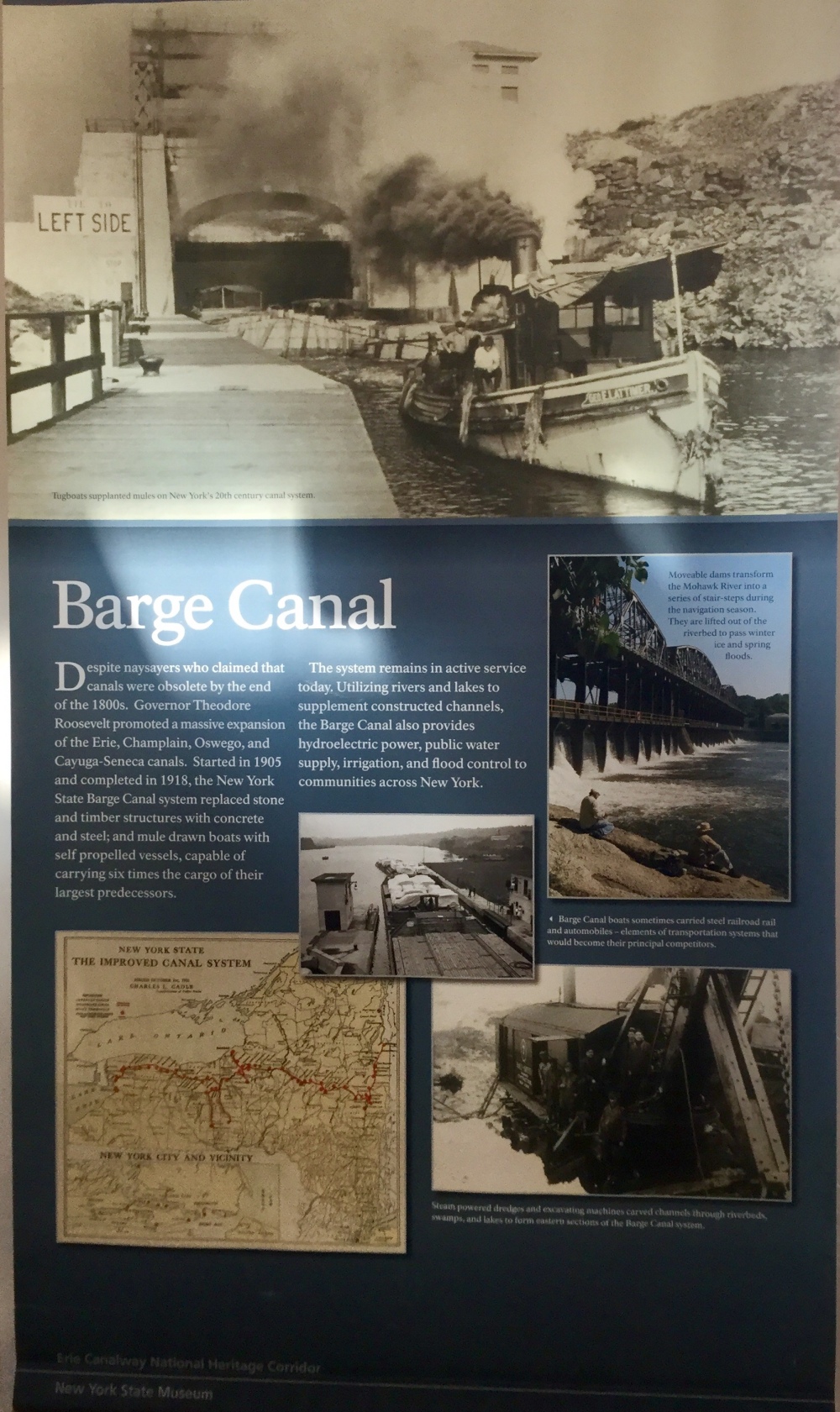 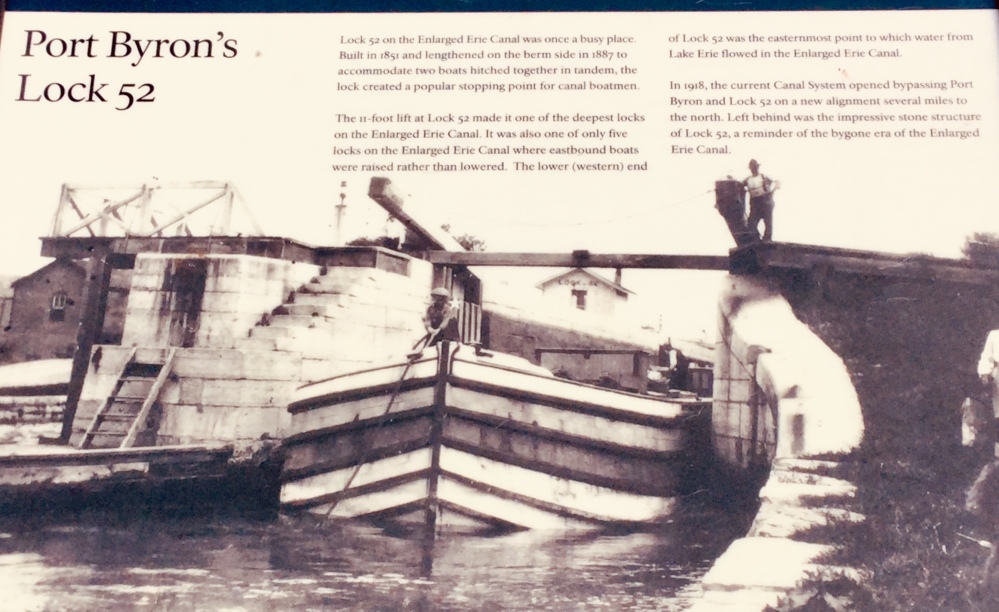 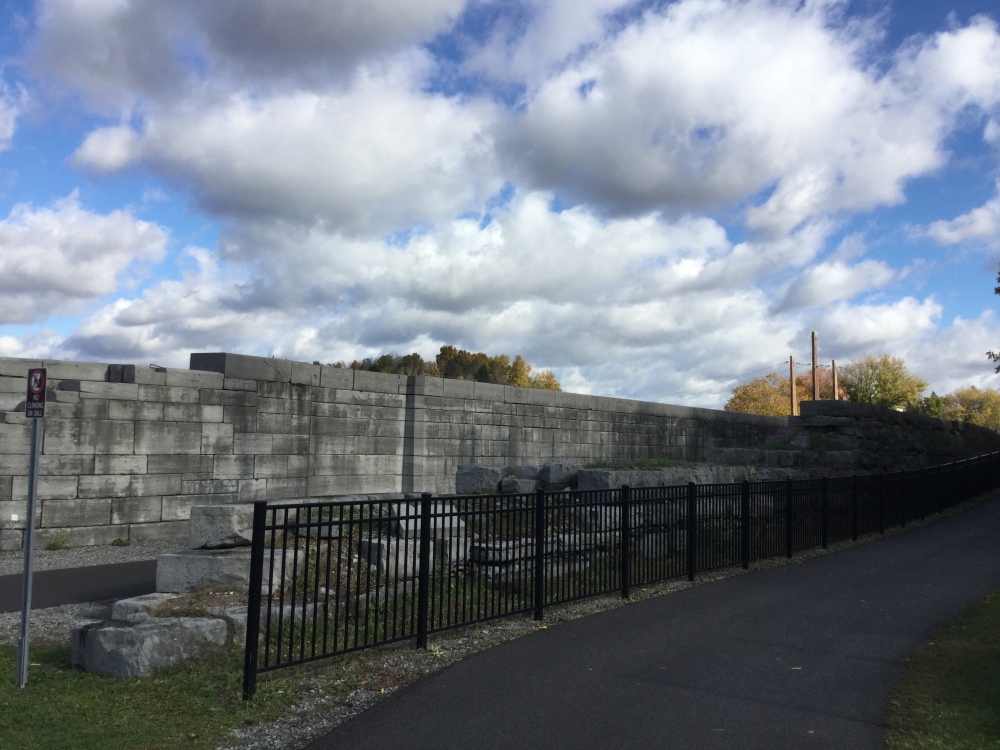 This nice lady was born and raised in the area. Just above her hand you see “Meet the Van Dettos. There is a photo of the family. The little girl was my tour guide’s grade school teacher. At the end of the locks is the place where there were dry docks for barges, as well as a tavern owned by the Van Dettos. 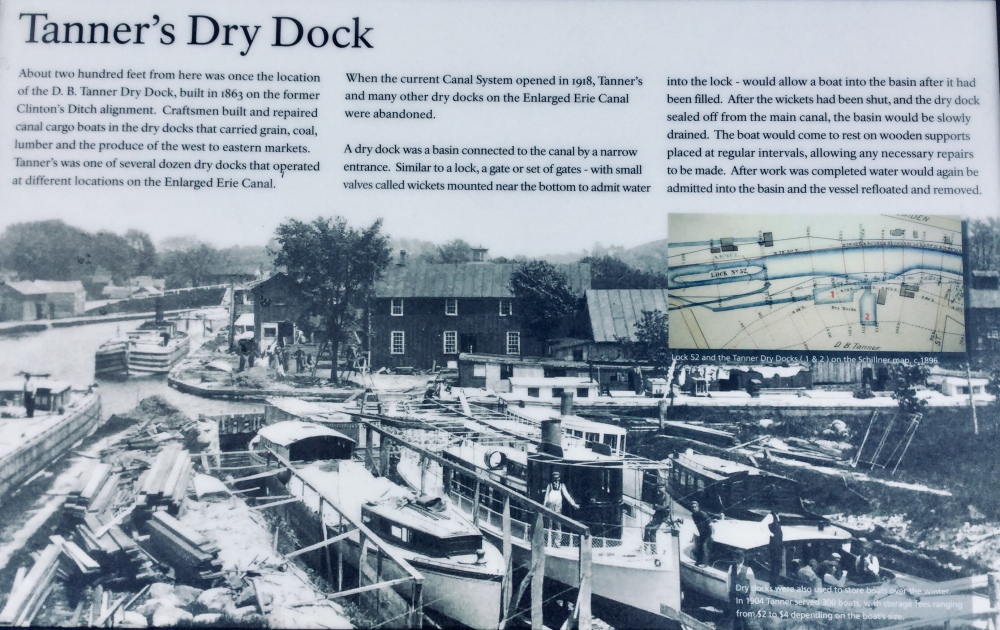 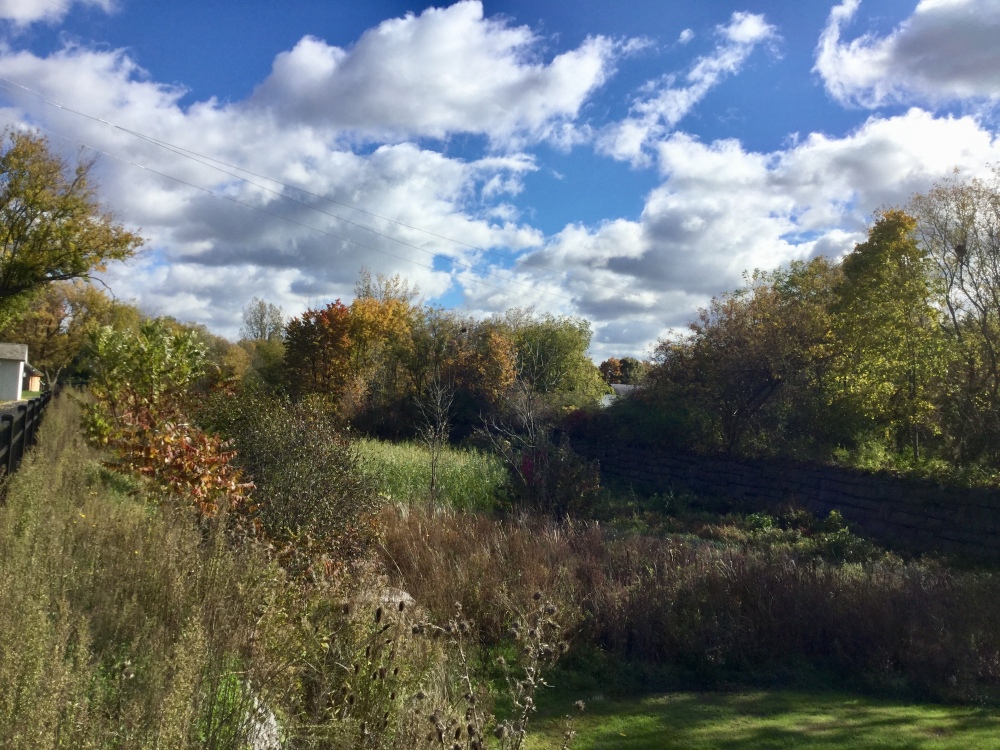 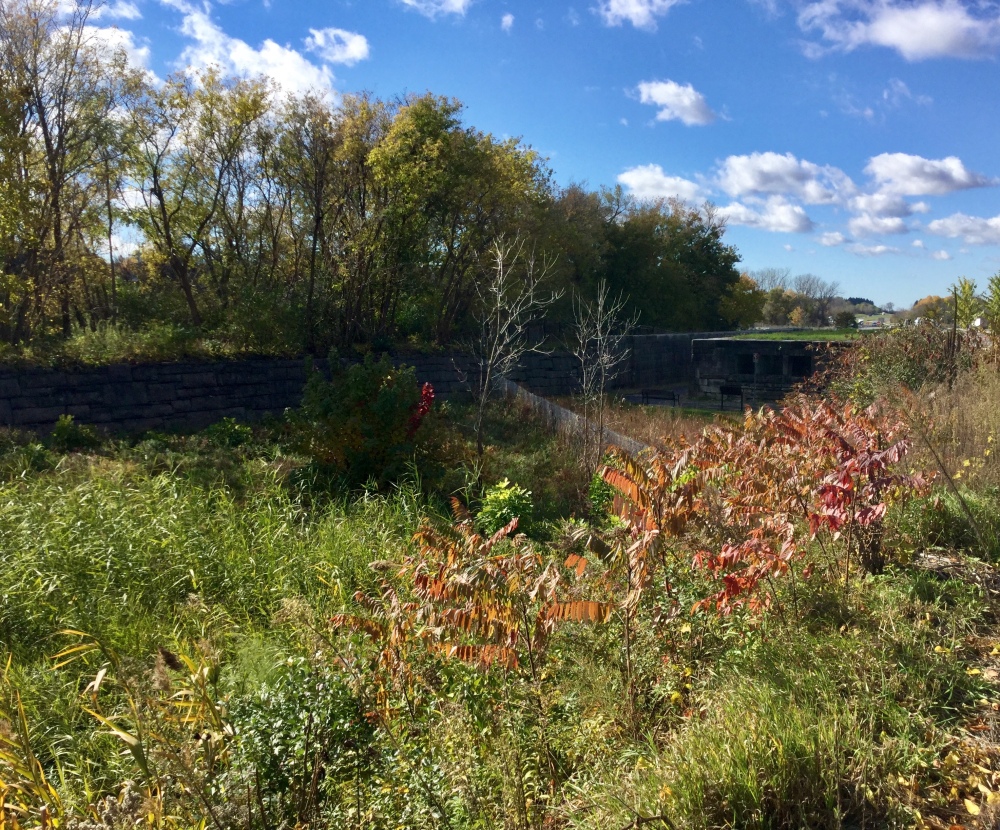 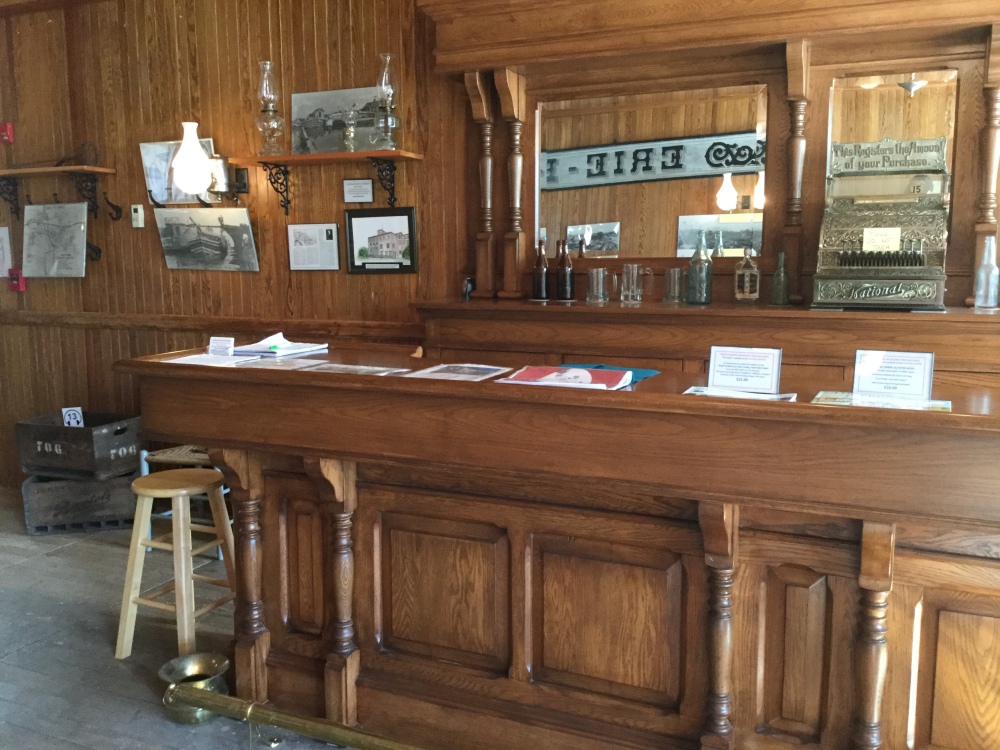 Looking at the locks from the dry dock area.

Tofu and I got back in the van and continued east to the Village of Oriskany, which is a little off the turnpike in an out-of-the-way location. I’ll try to remember a photo in the morning. There’s no food for 10 miles from our Motel 6.

Next to these two houses was a tiny pizza shop, with a mob guy in witness protection running it. He’s the one who helped me with pronouncing Ore-ISS-kah-knee. He also told me the village predates both the Erie Canal and the revolutionary war. In fact, the Battle of Oriskany is one of the most important battles of the revolutionary war. He said to me, “Go 3 miles up the road and there’s a monument.” So after getting my sub sandwich, we went to the Revolutionary war. 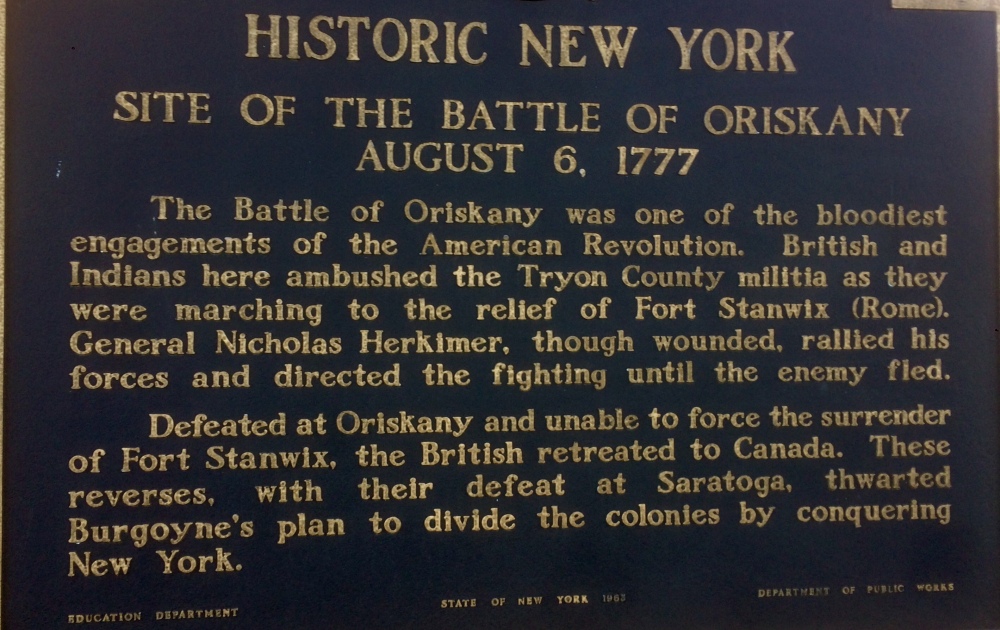 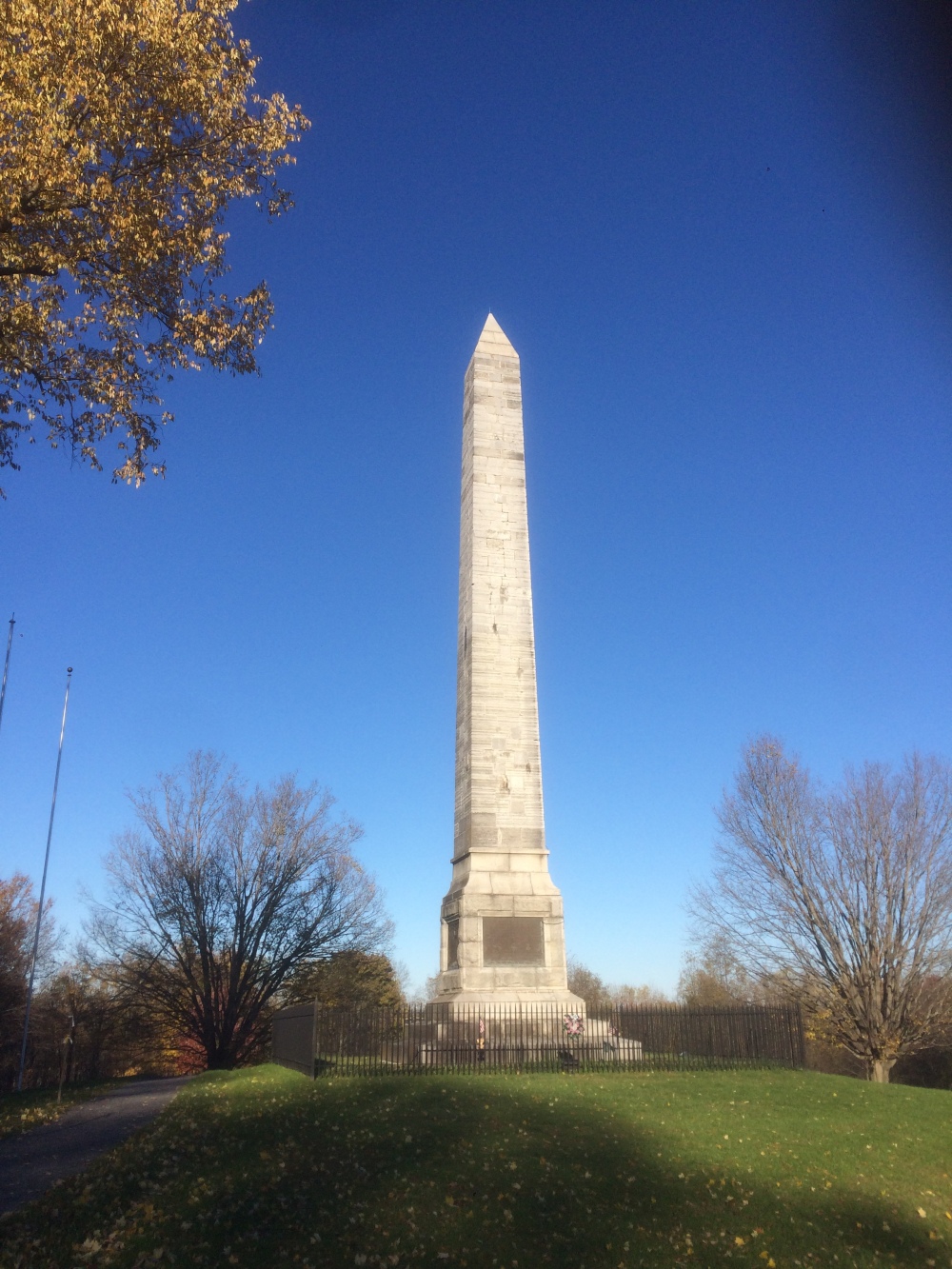 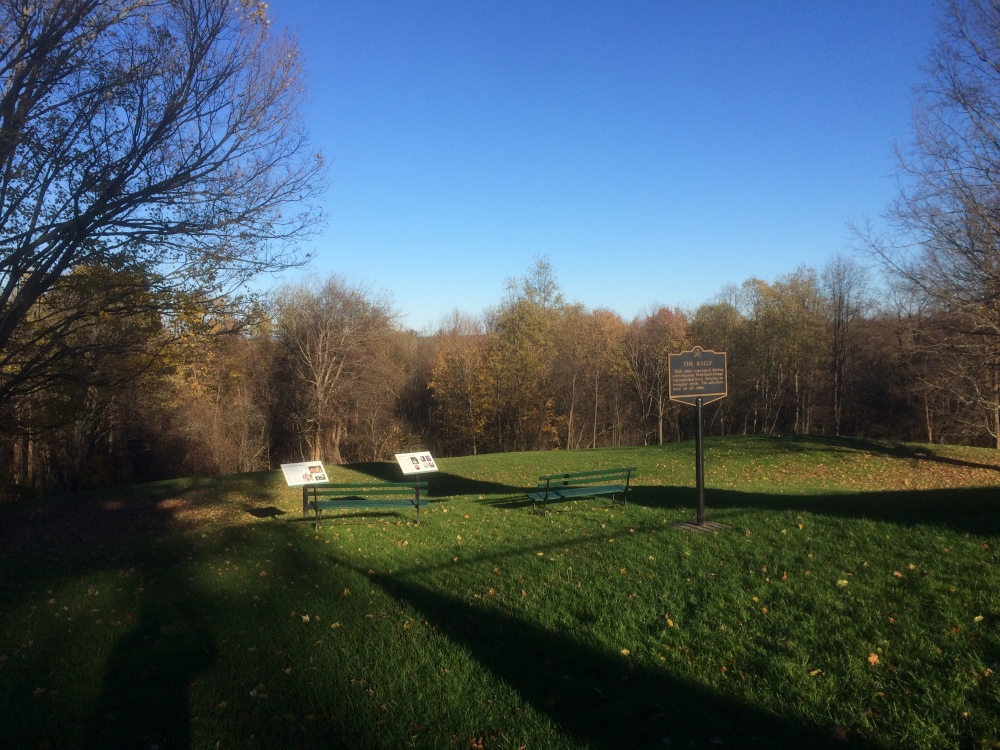 Tomorrow night (Halloween) we will be in Brattleboro, Vermont. On the way we will pass through Green Mountain National Park. This is going to be another day of multiple country roads. Hopefully we won’t take many detours. Not too long before we dip our paws in the Atlantic.

Watch out for the little goblins! Love.

One thought on “15 years on the Erie Canal”