It was 18 degrees with a strong wind blowing this morning in Kearney, Nebraska. Just getting our stuff in the Van was a major undertaking. If the wind is blowing 20-30 mph at 18 degrees, what is the wind chill figure. Most of our stuff is Tofu’s: two blankets, one dog bed, kibbles, treats, food and water bowls, refrigerator chicken (yes, she has to have boiled chicken with every meal) and coat, along with two leashes. And she doesn’t do any of the work! She sees her complete job as offering moral support. But she is good at what she does.

The weather was clear and cold, with a strong wind in our face most of the day. The temperature stayed at 18 degrees for two hours, then slowly began to rise. Tofu and I needed a bathroom break. When we got out of the car it was 31 degrees, but the wind had stopped. To me, it seemed almost balmy. Tofu did what she had to and was ready to get back in the warm car, when I asked her to hop on a bench, asked her to sit for her picture. What a trooper! 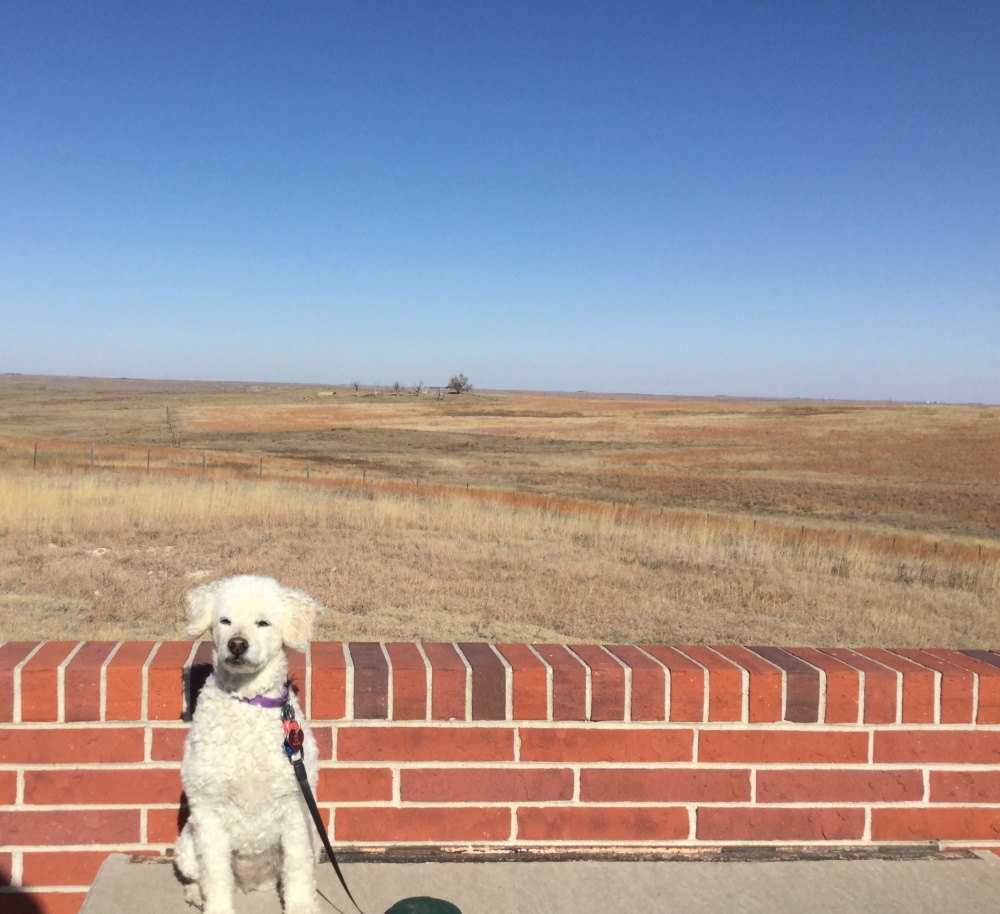 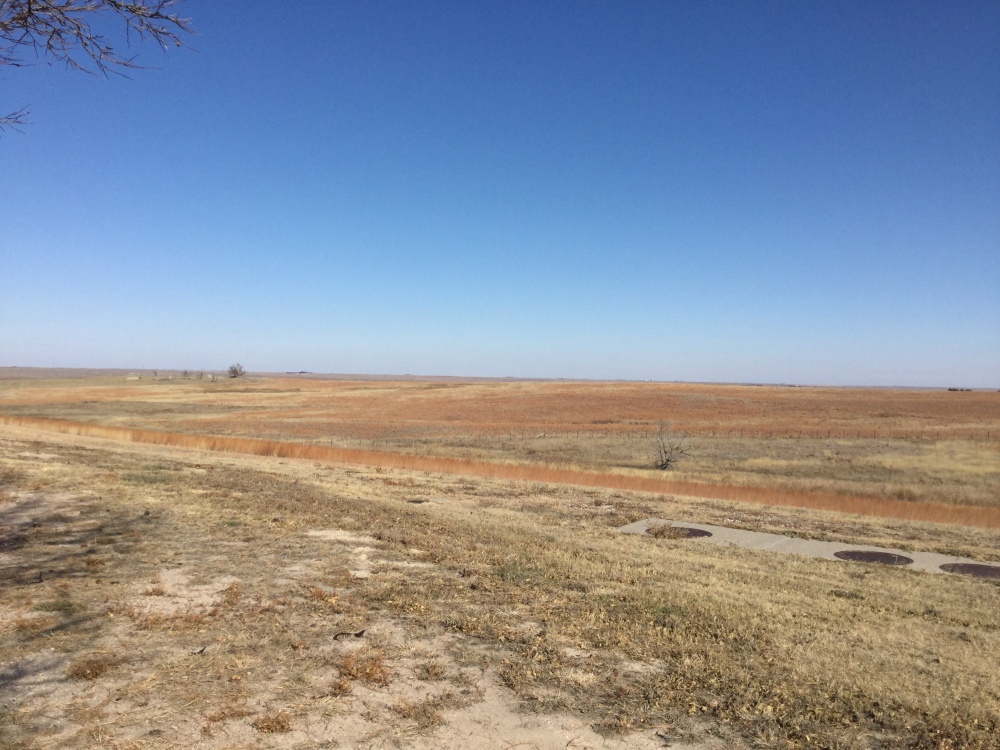 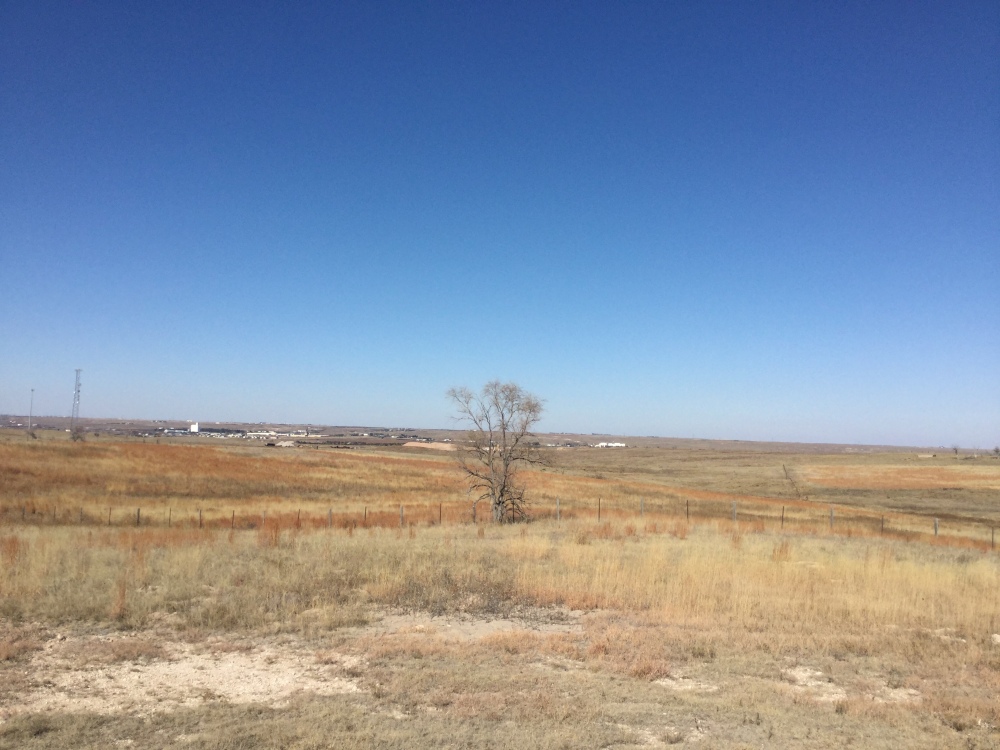 Cheyenne County is in Nebraska. I need to let you know I slept well last night. With a pillow behind my back I managed to go all the way to Cheyenne, Wyoming without back pain. It is the first day for some time when I returned to noticing the country I was traveling through, rather than just enduring it. That being said, I did find Iowa beautiful as well as Nebraska. As far as I’m concerned I much prefer the Northern Plains, over the Southern. Give me some grass instead of gravel.

When we found our Motel 6 on the western edge of Cheyenne, the staff told me I couldn’t check in until 3pm. So we went into downtown Cheyenne for a tour. First, they say the population is 59,000, but their downtown business are at least four times what Eugene has. 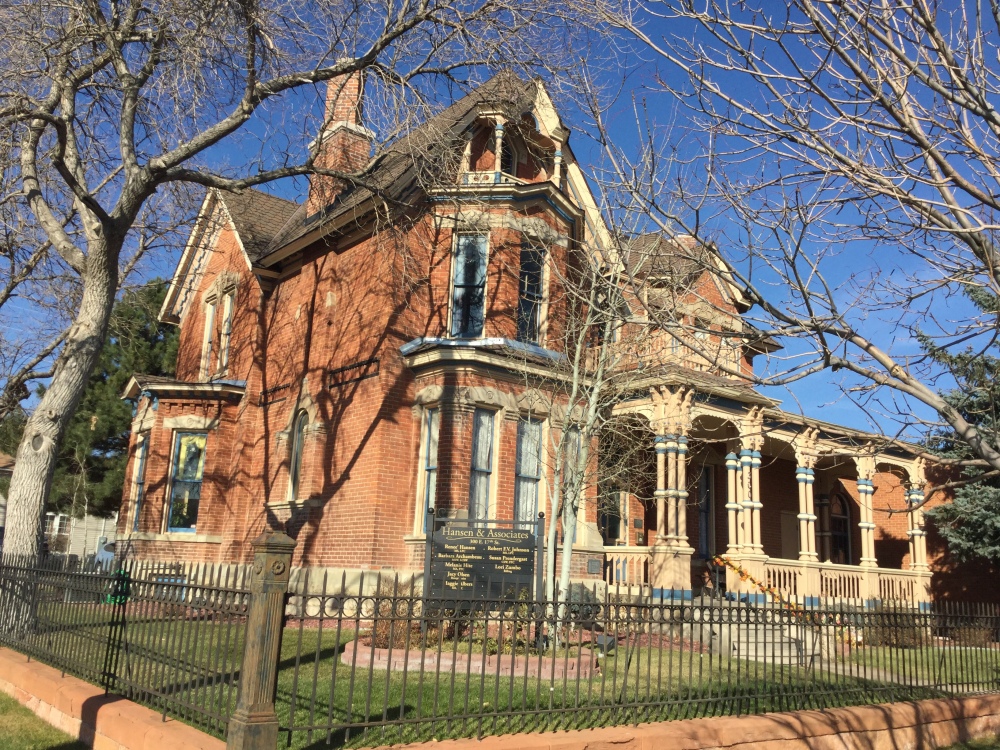 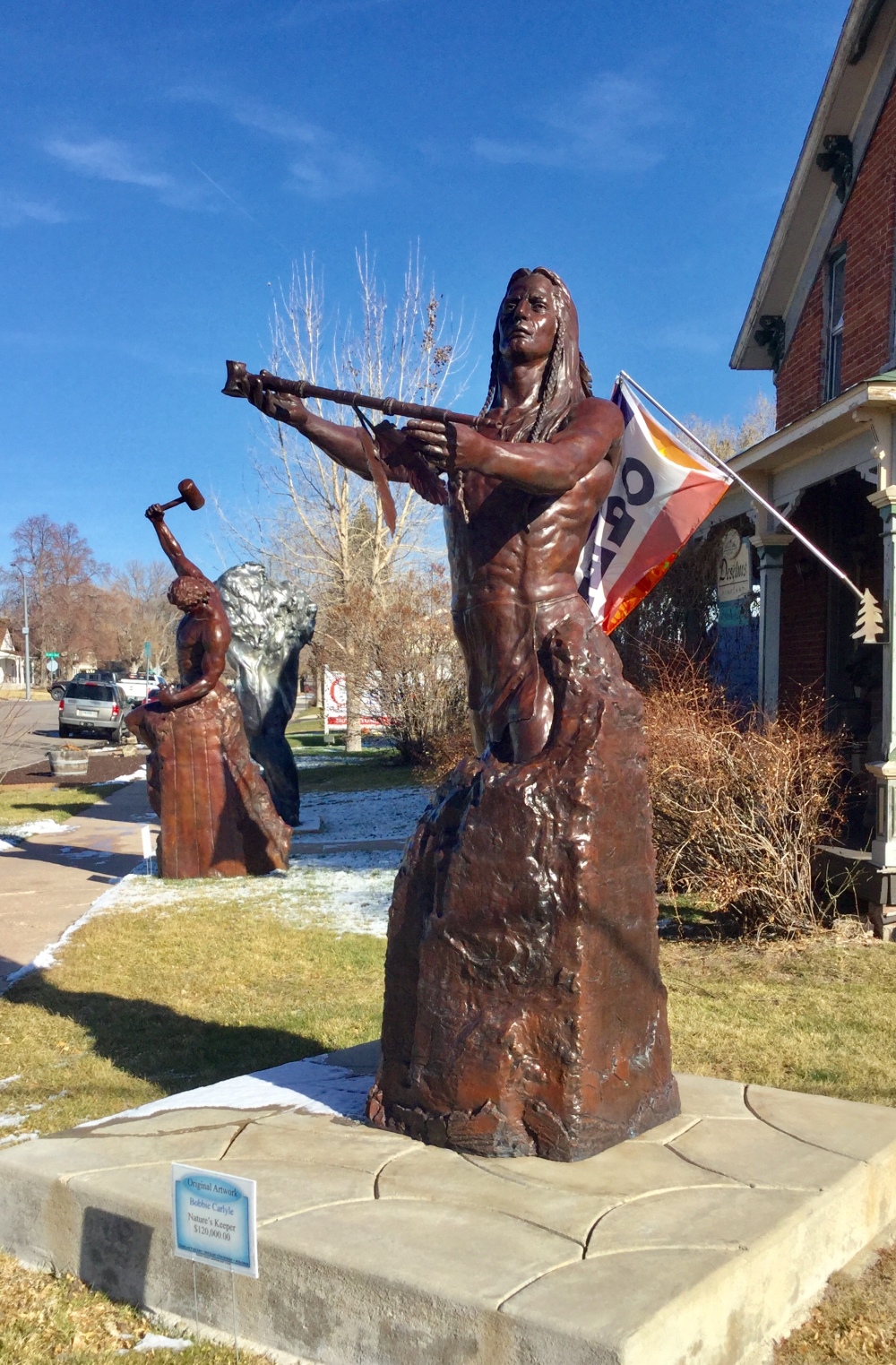 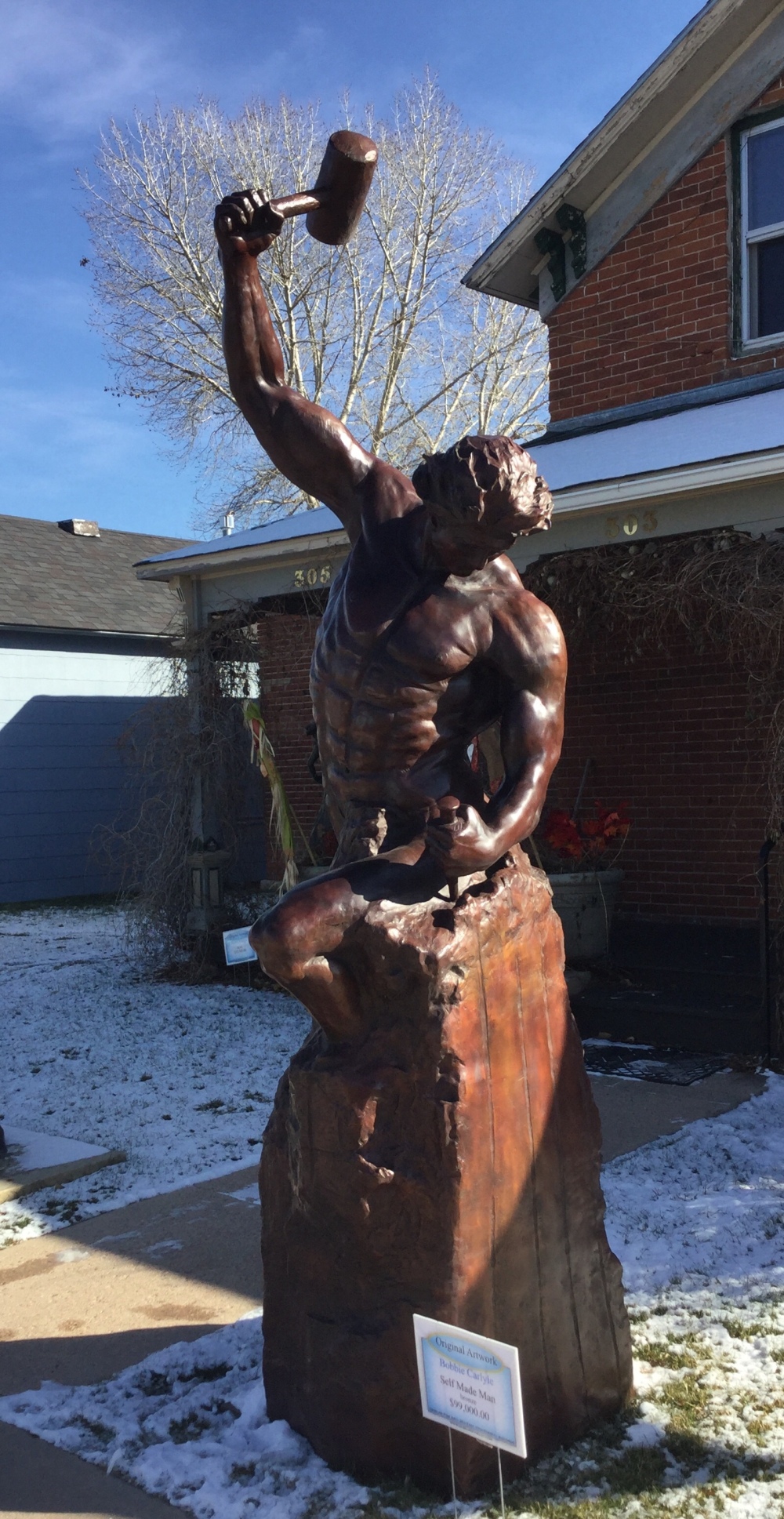 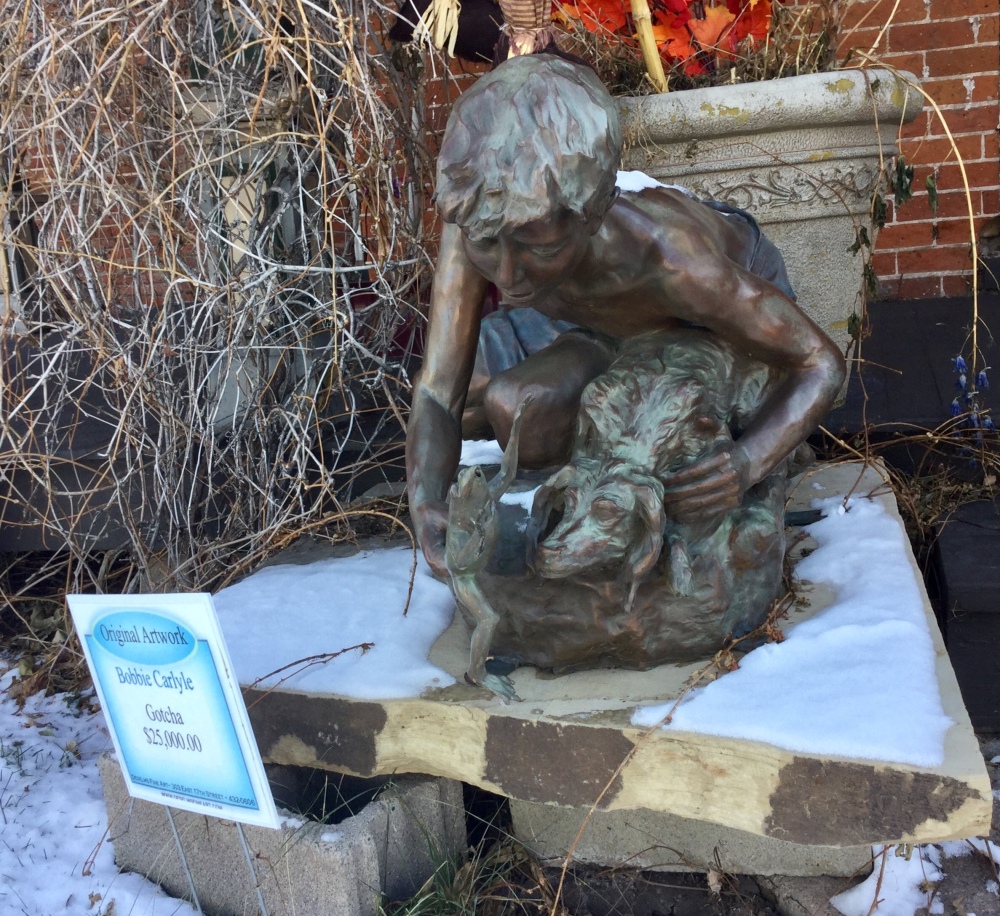 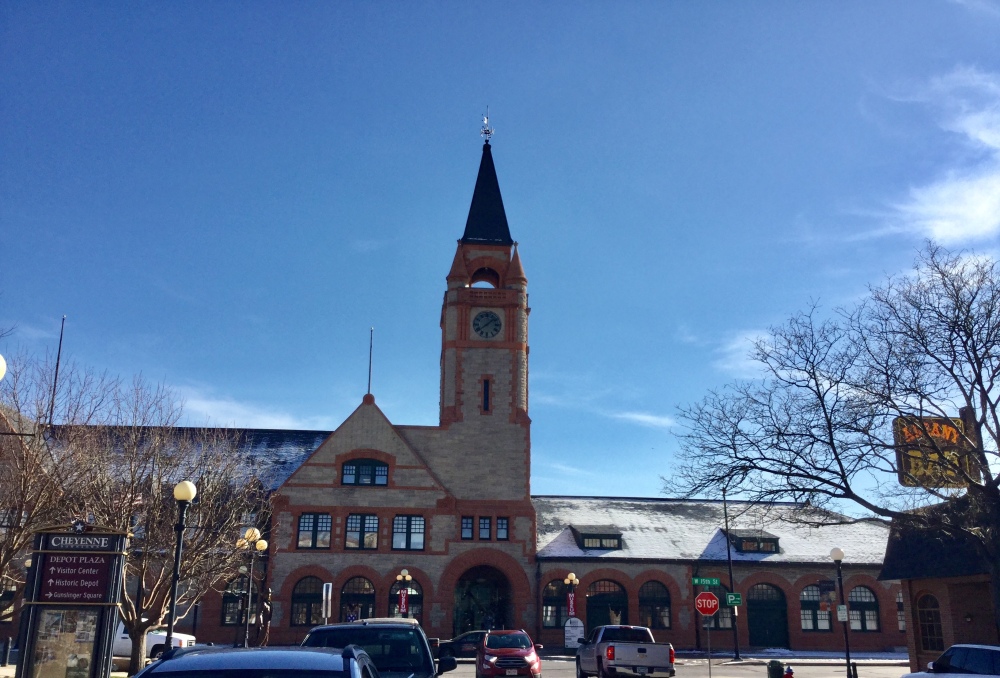 If I turn around you will see the state capitol building. The dome is currently under reconstruction and so this is close as I’ll show you.

I close proximity and in front of the depot are more statues. 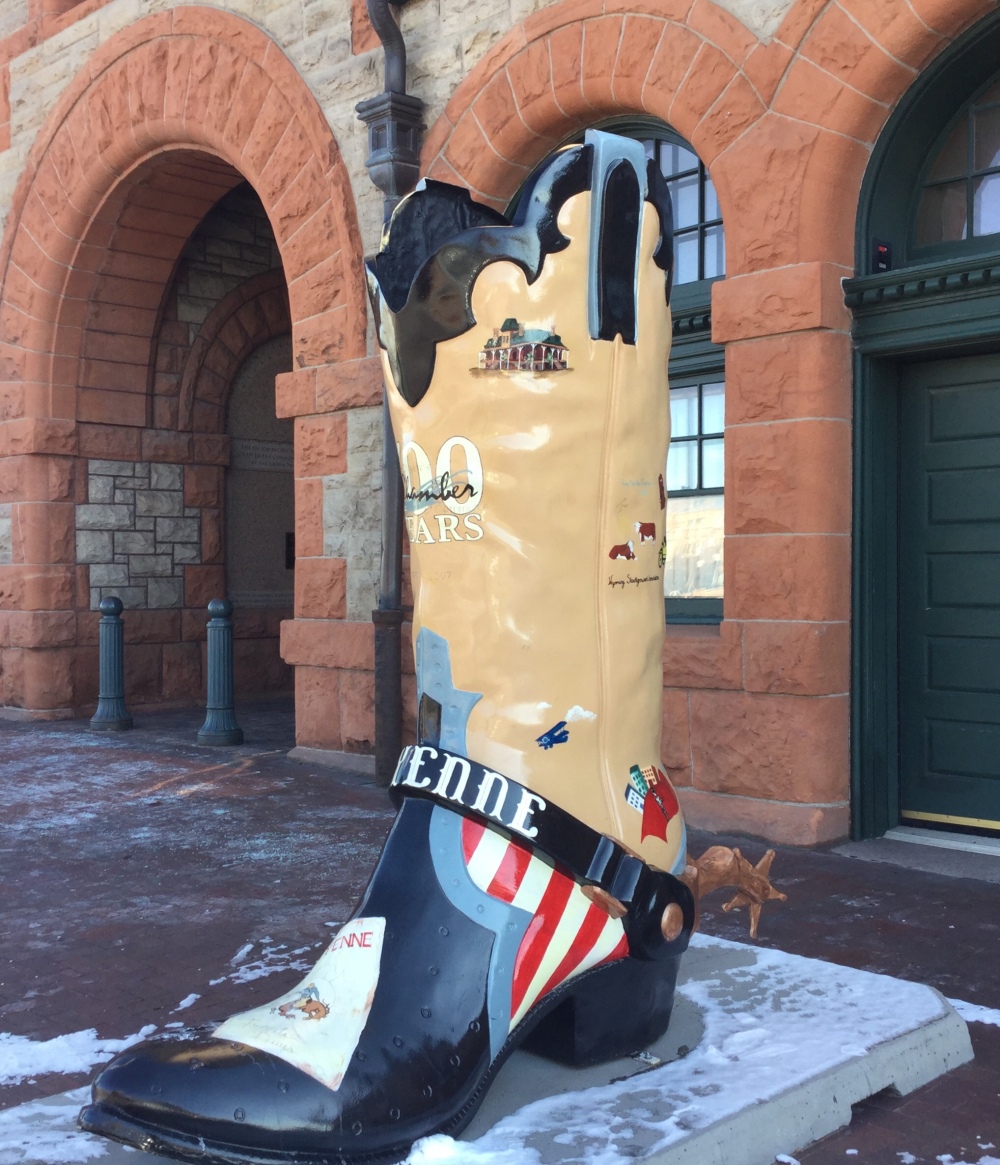 I’ve got one more photo of a building. First, I want to say the city looks prosperous. The stores were open, and lots of traffic.

We went back to the motel to check in. The clerk said,”We don’t check in new customers until 3pm. I said “Oh no I’ve crossed time zones again! They sent me to a diner a few blocks away, and I decided to have a very early dinner.

When we returned to the motel, they let us in! Tofu’s been eating and sleeping. She’s come to love her motel 6 routine. I’m feeling so bad for the people in California, struggling with the fires. Paradise is gone. But we keep on loving. Goodnight and Love to you.

4 thoughts on “Into the Wild West”