The decision to take highway 26 from Vale to Redmond is what I’m talking about. I could have taken the shorter route through Burns. But Lynnie and I already did that. On the map, it looked like the trip through John Day would provide mountain scenery. And it did! In fact, this has been a long drive through unique, arid, terrain, with fractured mountains, unlike anything I have seen before.

Tofu and I left Ontario at 27 degrees at 8:30am. We found our way to Vale and highway 26. From Vale through Prairie City (about 14 miles from Joh Day) I saw only 2 other cars in my lane. Both of them passed us as I was busy taking photos. 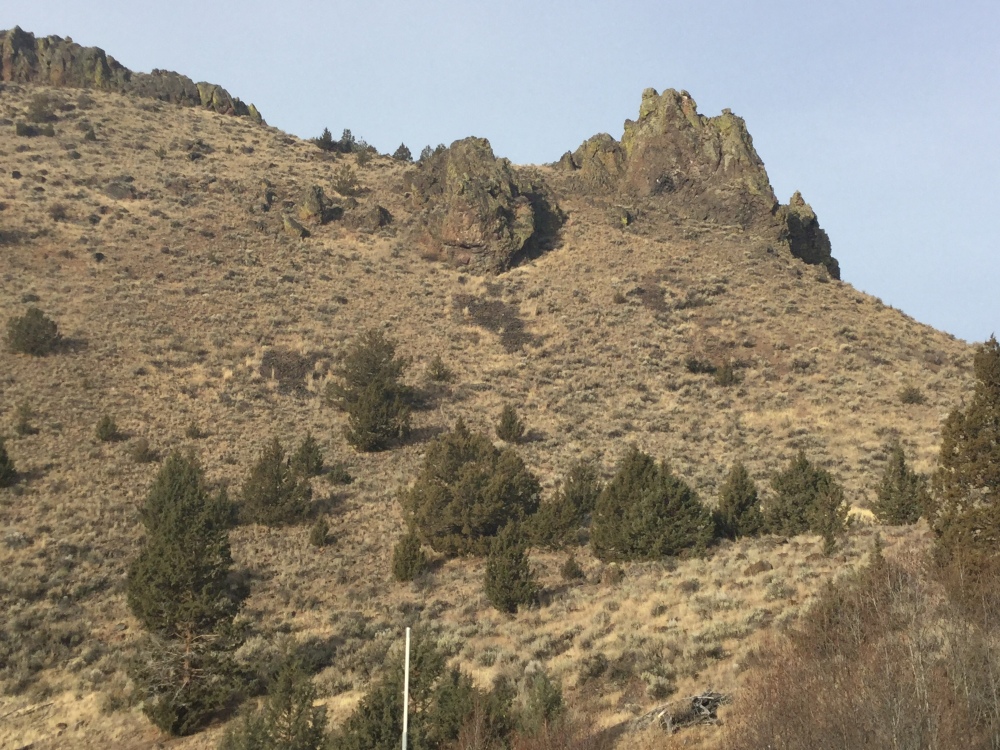 Before Prairie City (no city), there came the half-a-hamlet called Unity. I stopped at the historical marker. 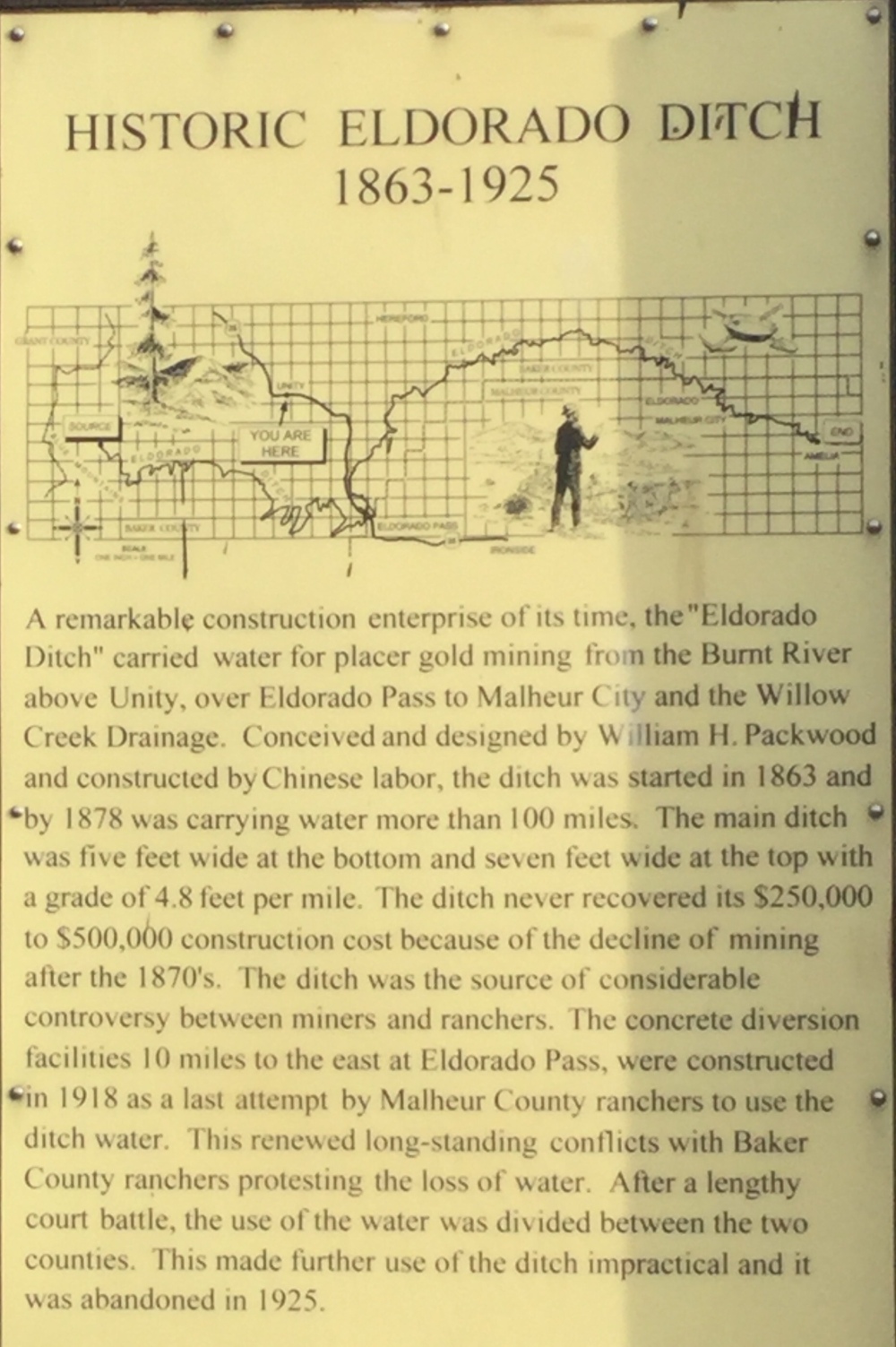 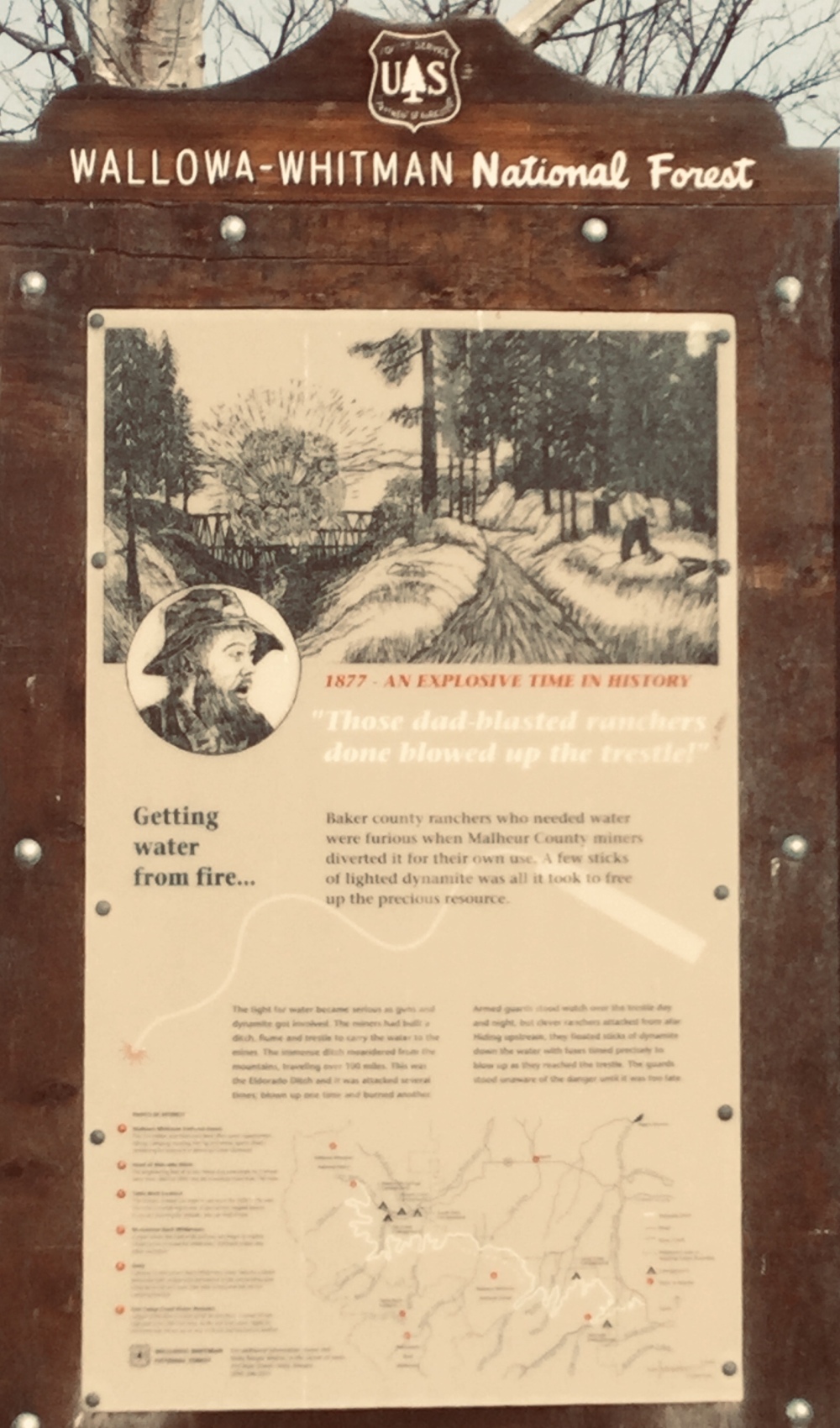 Then we found ourselves in the Blue Mountains. And then there were trees! 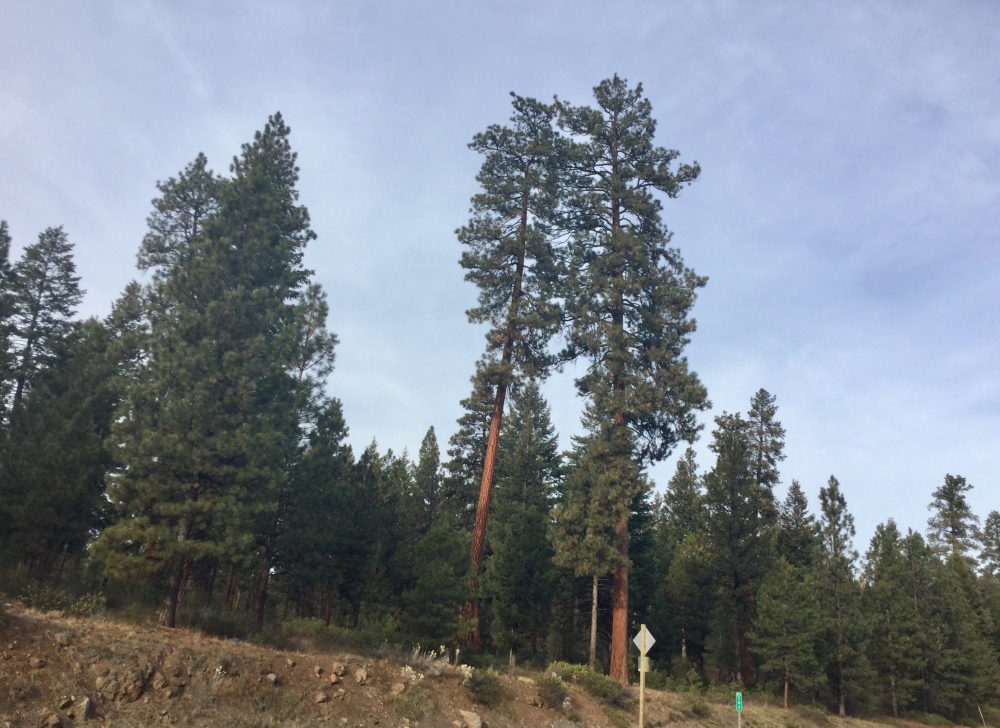 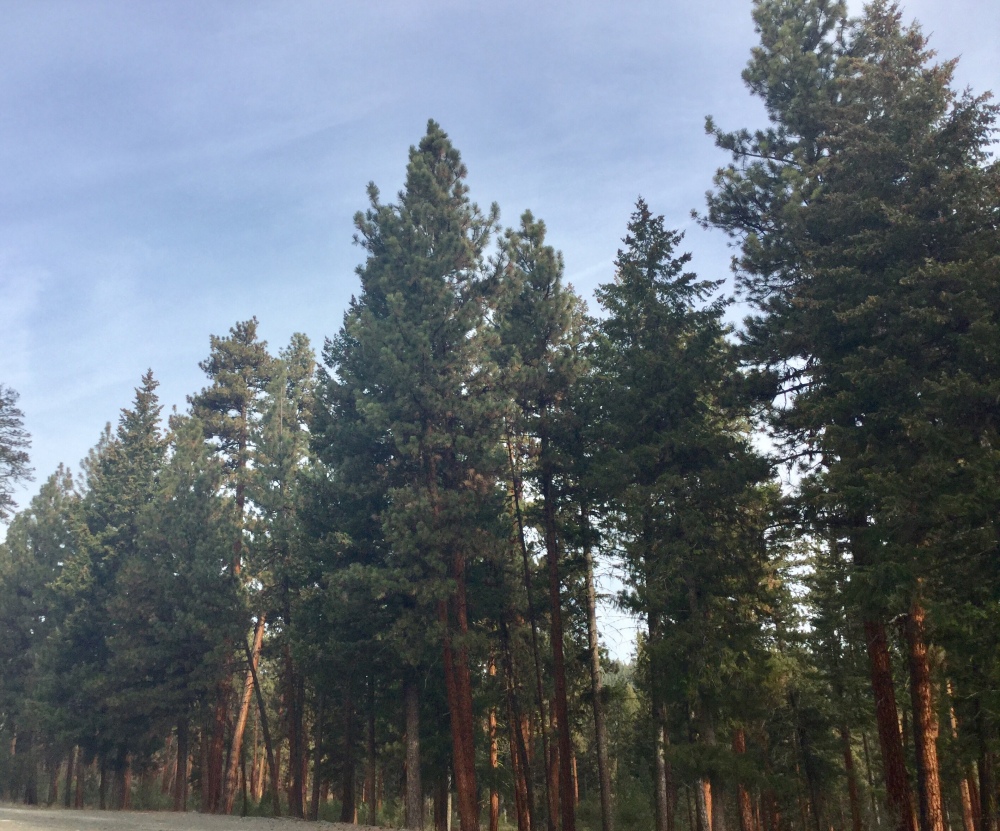 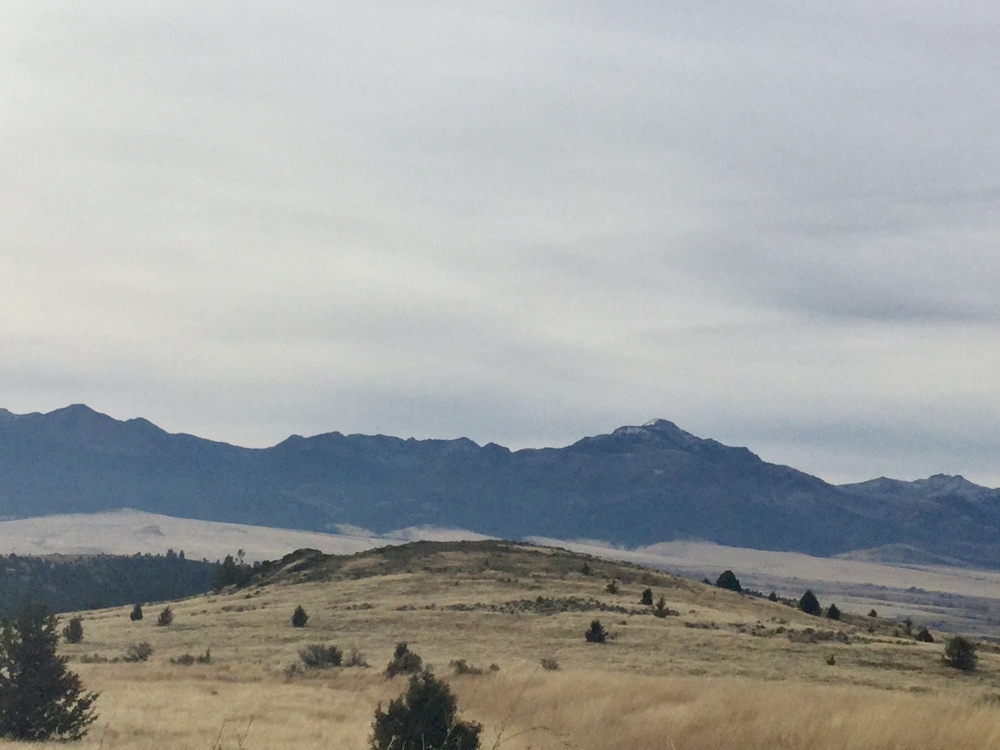 Prairie City and John Day are in a beautiful, mountain lined valley. I’ve always wanted to know how John Day got its name, how about you? 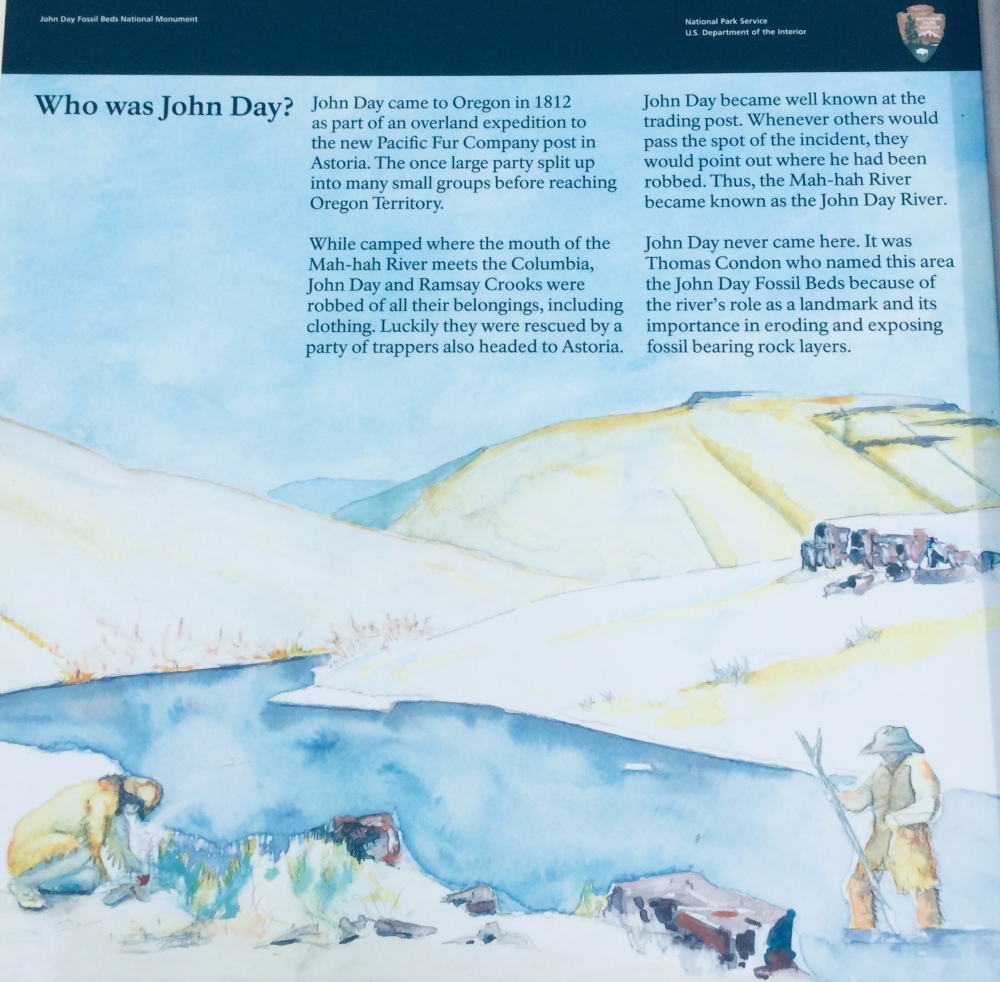 Found this marker at the John Day Fossil Beds, But it makes sense to put it here, as we go into the town of John Day. Most of the town is on the highway. I was looking for the Kim Wah Chung historic site. But There wasn’t any sign I could find. On the other hand, the Kim Wah Chung Interpretive Center was well marked and easy to find, but closed.

Across the street is the church that Lynnie’s Aunt Nancy attended when the family lived in John Day.

After leaving John Day, we kept following the John Day River (definitely a creek) until we came to the Mascalle Overlook.

A little further down the road we came upon the John Day Fossil Beds National Monument. 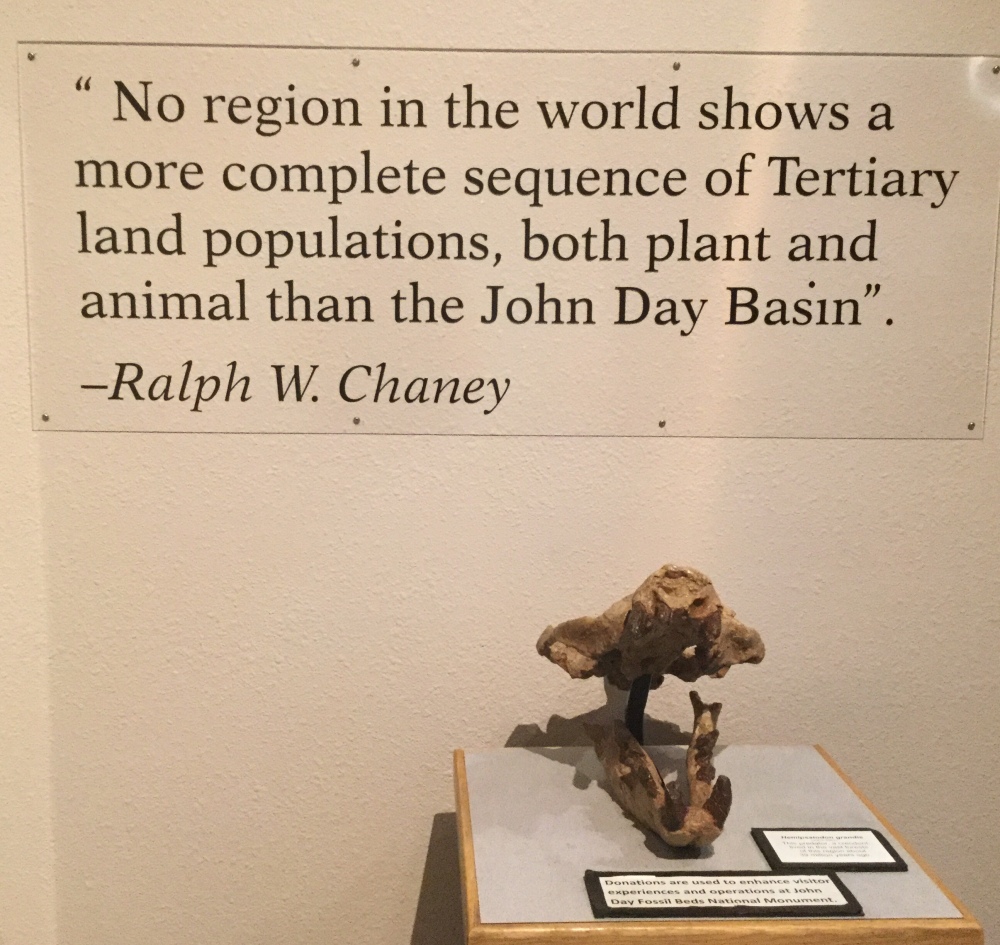 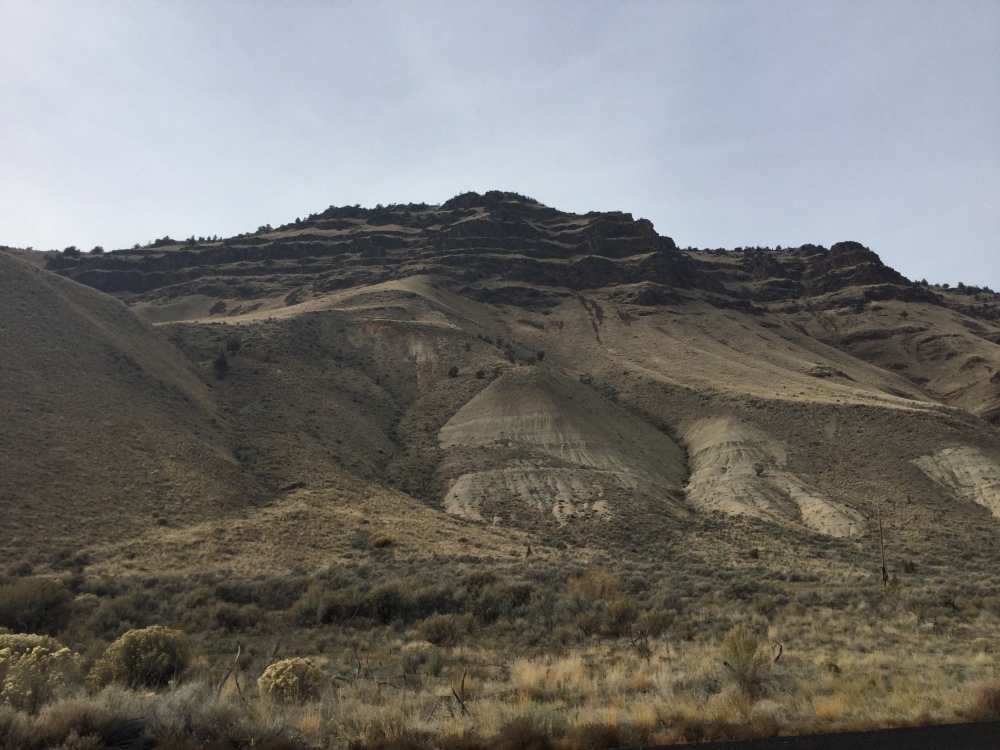 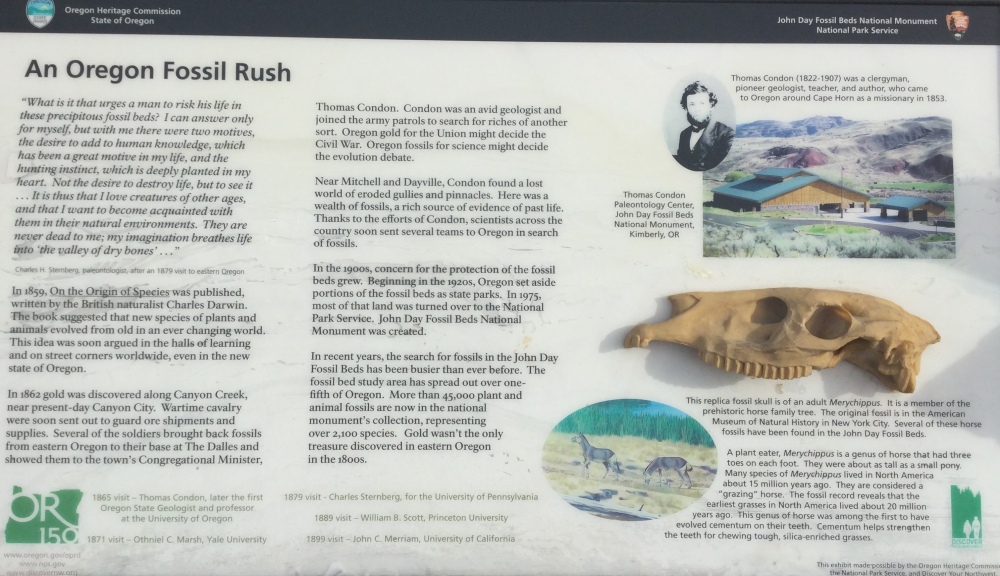 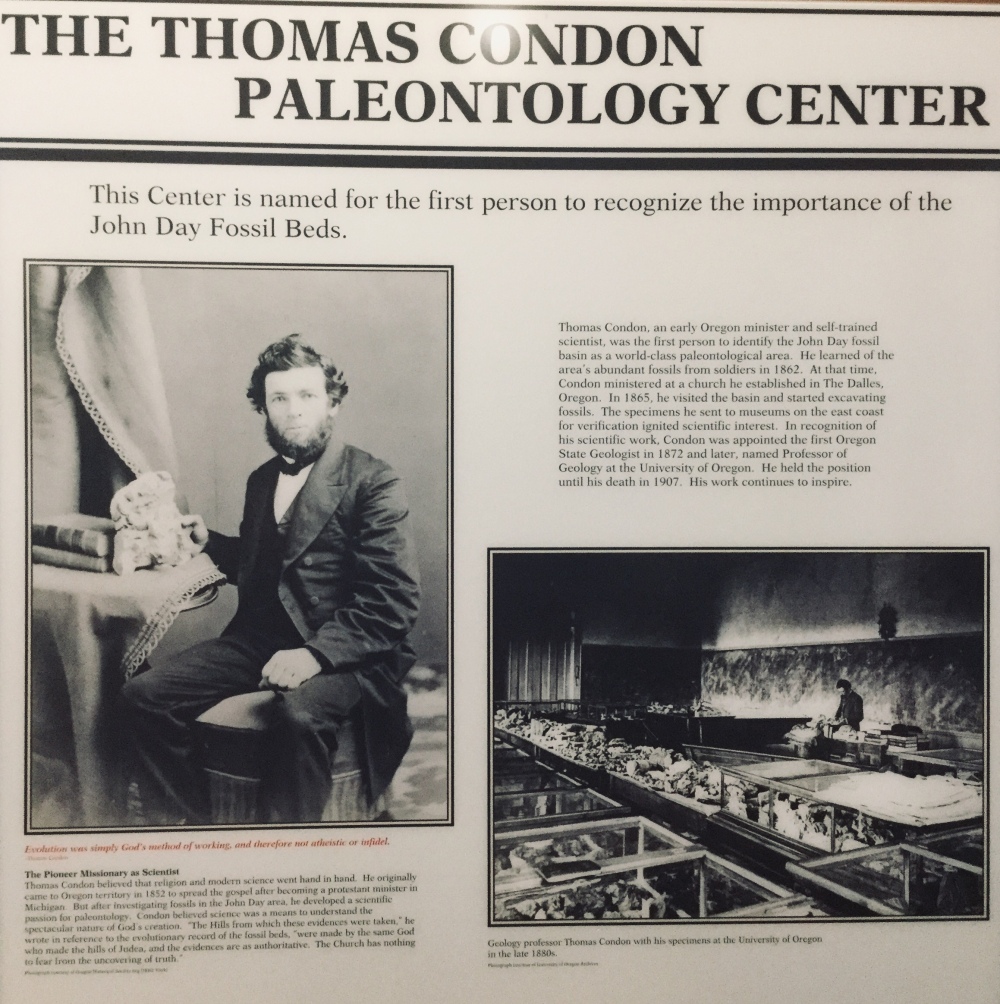 Condon, Oregon is not named after Thomas Condon. It is named for his nephew, Harvey Condon. I love this quote from Thomas, “The church has nothing to fear from the uncovering of truth.” 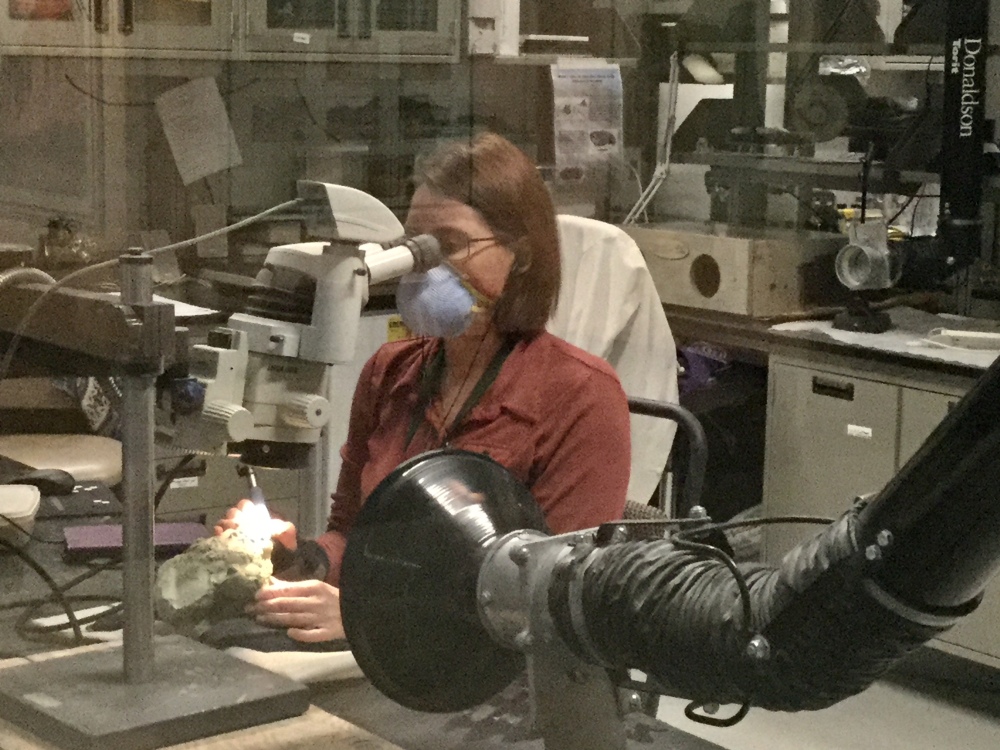 The fossil record of the evolution of the horse over millions of years. 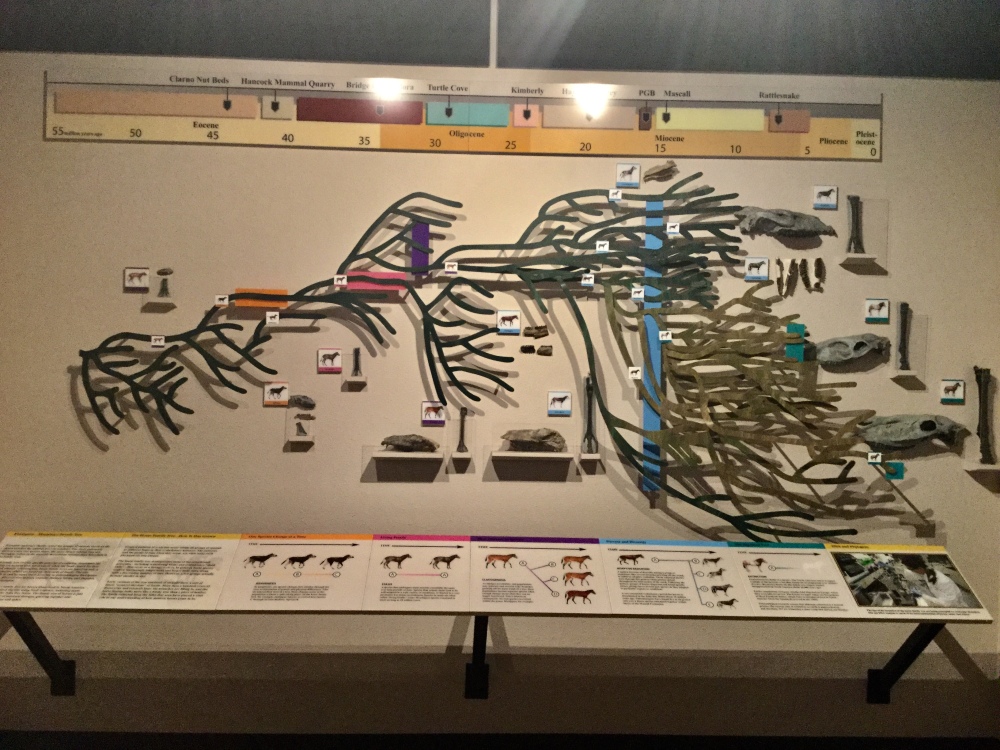 Back on the road heading toward Prineville.

Finally we made it to Prineville, that claims to be “the oldest city in Central, Oregon. For sure they’re the county seat. 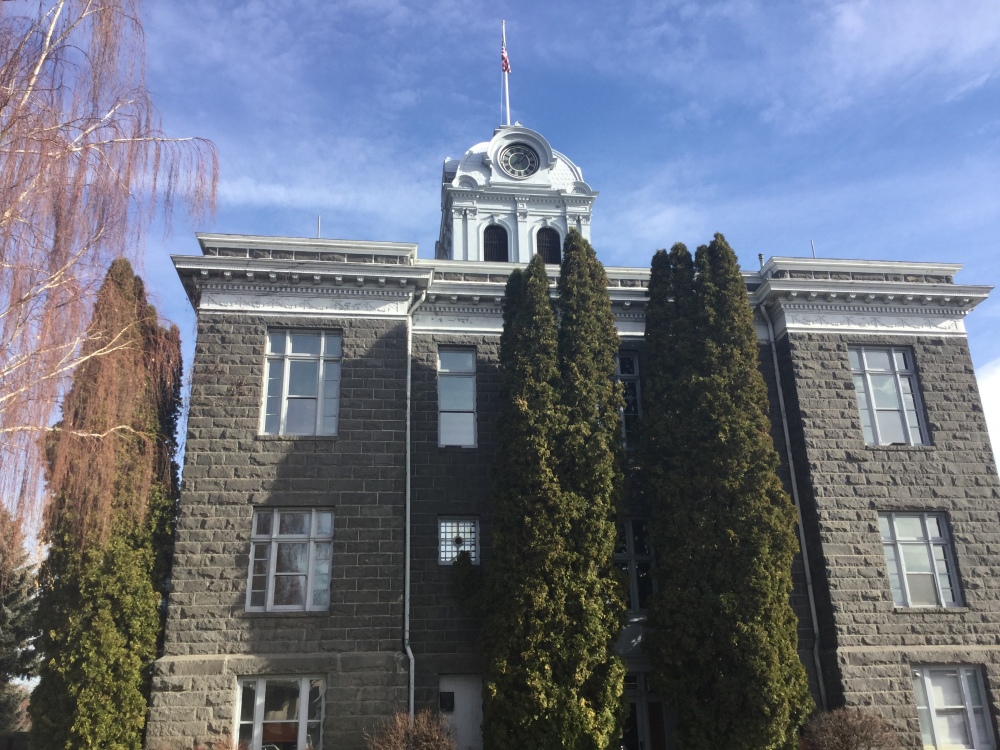 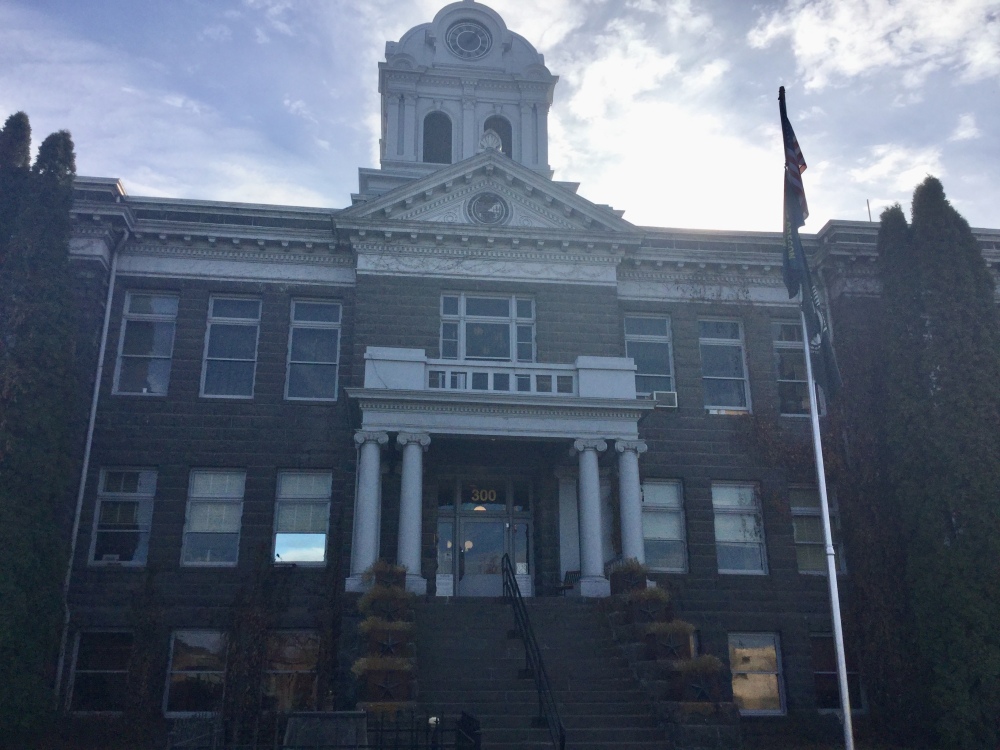 The front is on the northern, shady side. 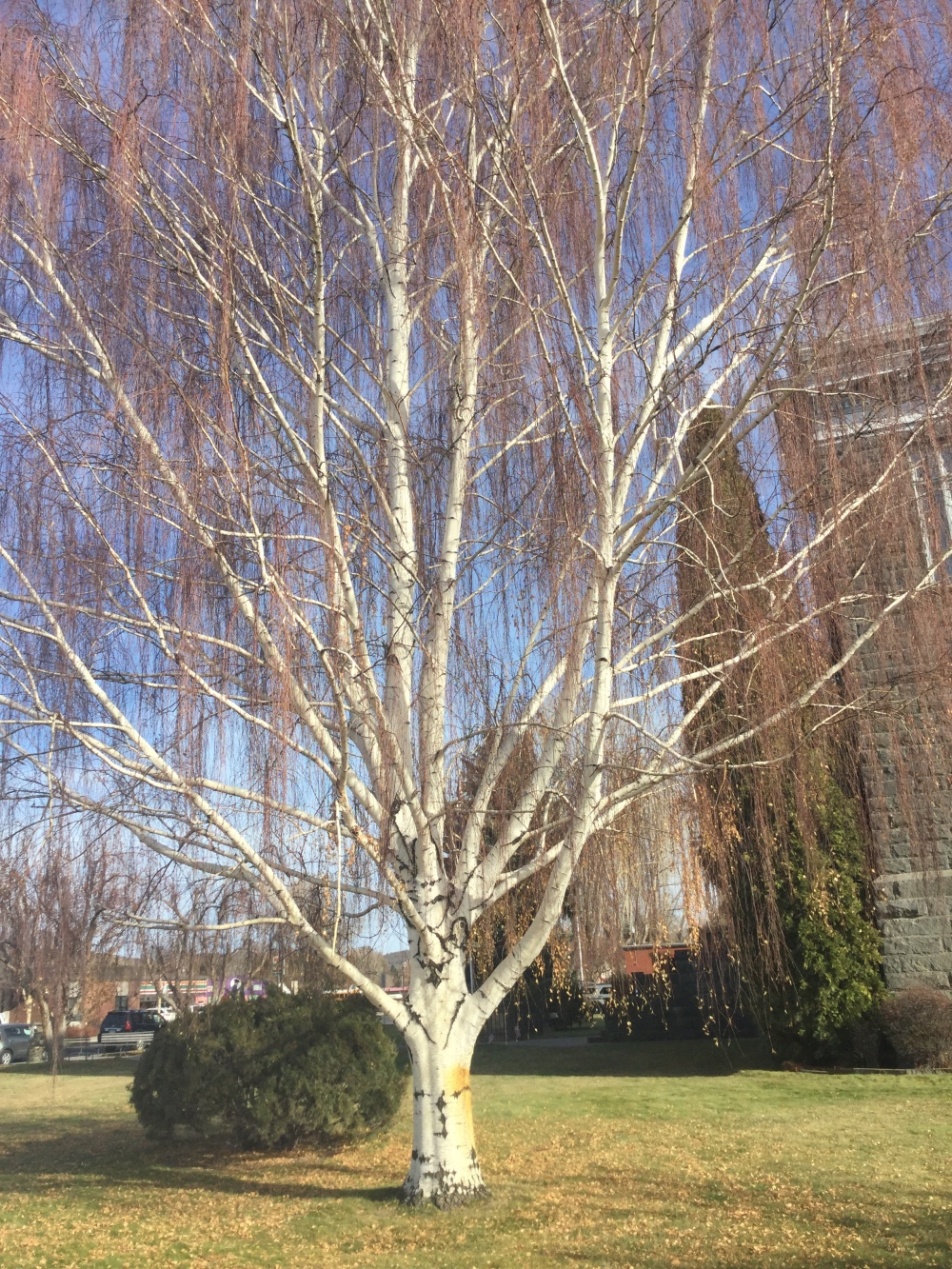 After driving through the town, we came to another Overlook. 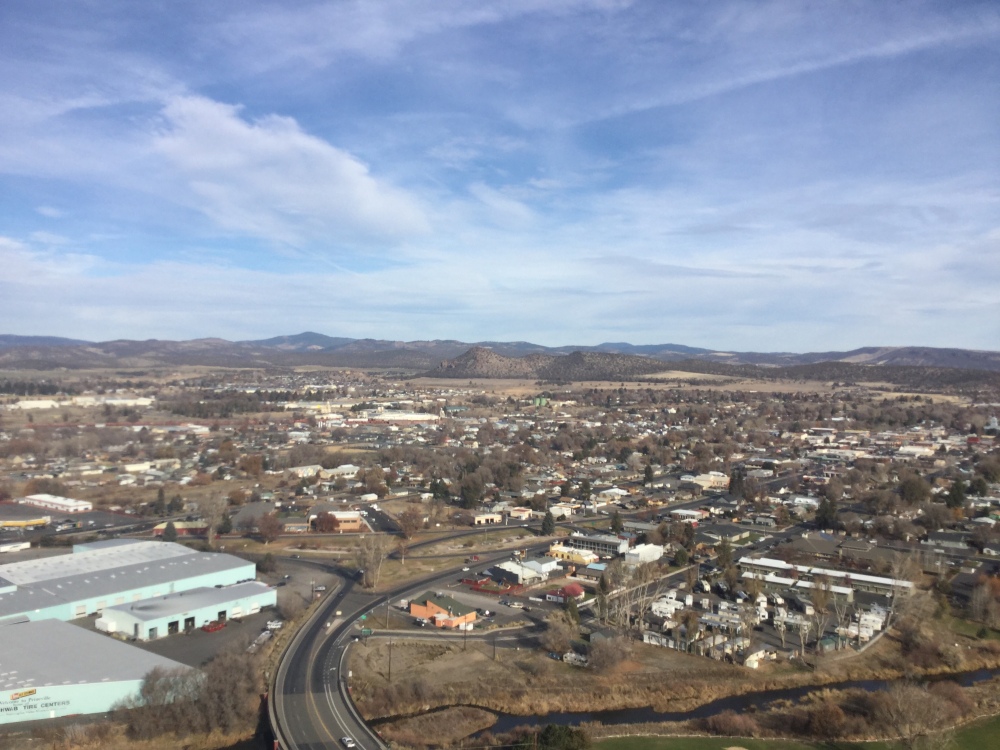 Fifteen minutes later we were in Redmond, then another 15 to Bend, where we found our last Motel 6 of this journey. We had a wonderful view of the Sisters, etc. coming down the highway. Tomorrow we plan on sleeping in our own bed in Corvallis. We’re ready.

So we’ve changed time zones again this day. For some reason these time zone changes have really effected me both directions across the country. On the bright side, my back is doing very well these past several days. Now, I’ve got to find a gas station and a bite to eat. All the best to my faithful readers. Love.

2 thoughts on “A Good Decision…”