Yesterday we landed in Walterboro, South Carolina. This morning I went to the office of our Motel 6 and told her, “We’ve stayed in a dozen of these places across the South, and yours is by far the best we’ve stayed in.”

As we drove north on I-95, there wasn’t a lot of great scenery. Of course if we had gone 45 minutes east we could have been driving up the Atlantic coast. I did spot a n historical marker, encouraging us to ride though the countryside to another battlefield. 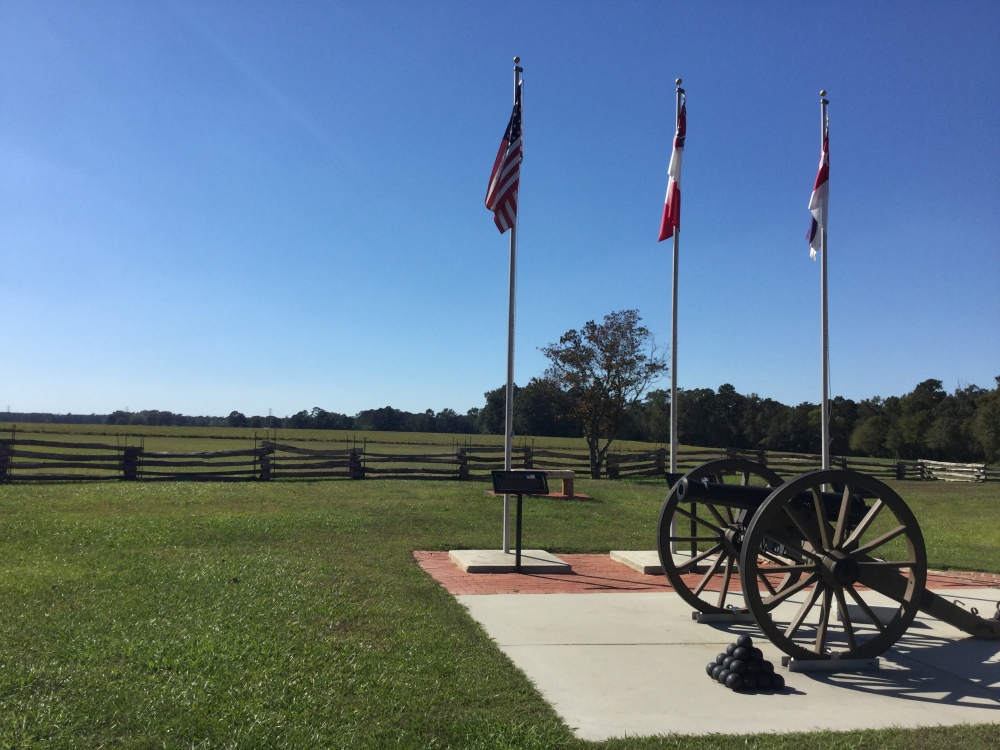 Wanted to see if I could give othe gist of the battle in a paragraph, cause when into the Visitor’s Center I received a 45 minute blow-by-blow from lonely Ranger Jerry. Our have been spared a lot of information. 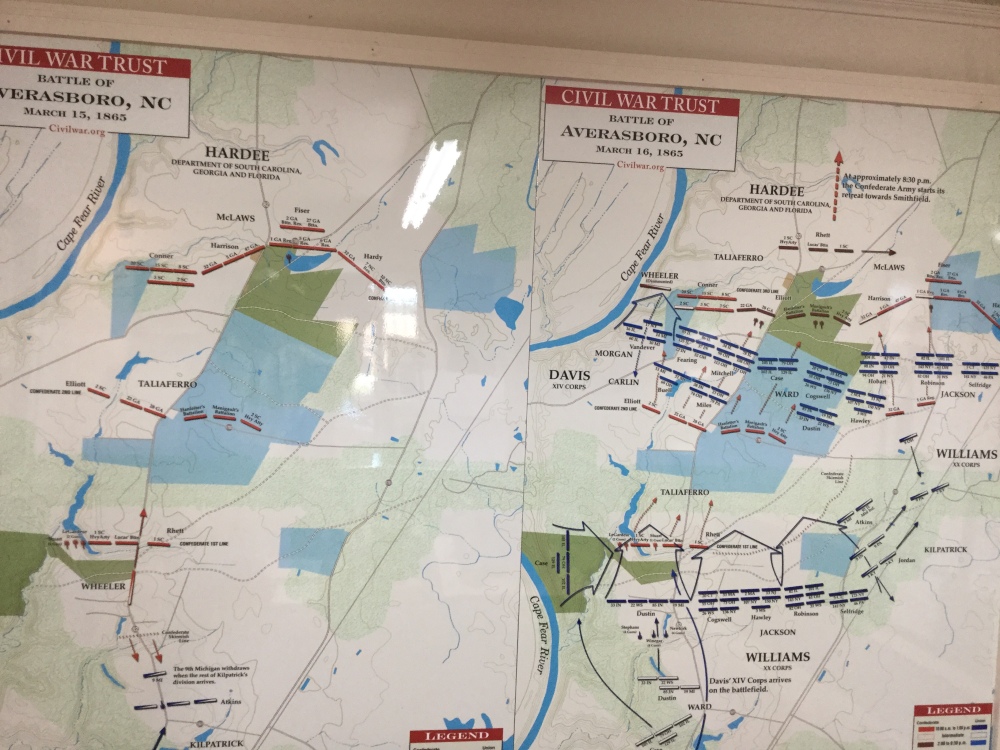 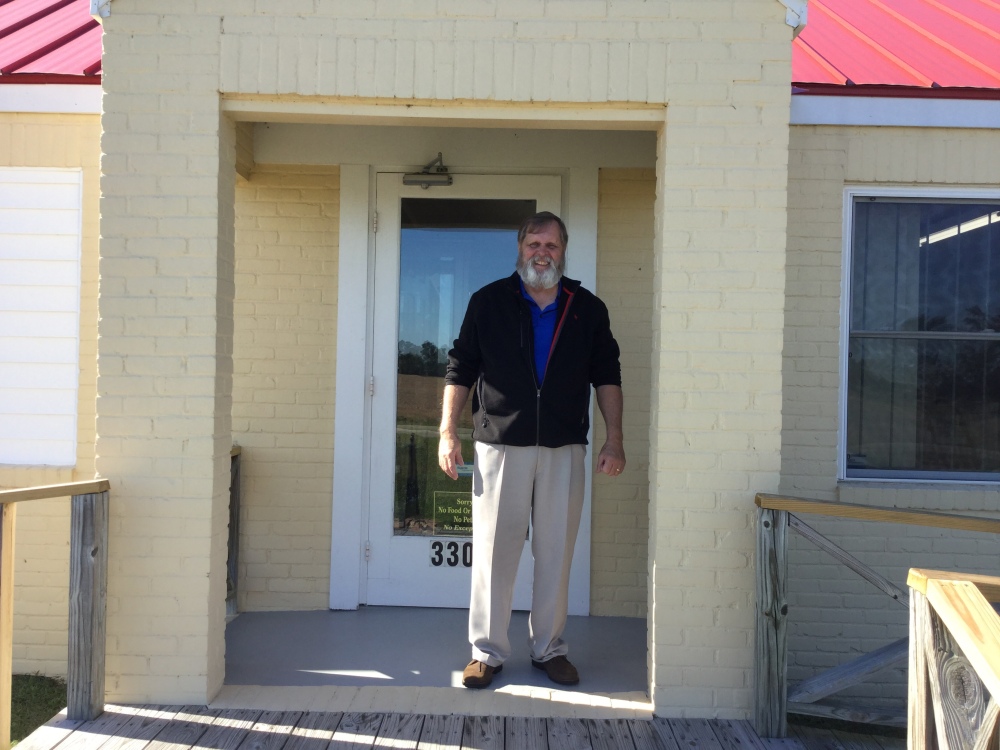 The battle took place on the plantation of the family who lived in this house. It became the field hospital for the Confederates. Surgery was performed on the dining room table.

This plantation house was the site of the Union field hospital. During the recent humane a fireplace chimney on that her side of the house, collapsed. The house is for sale if you’re interested.

After looking over these grounds we headed back to the freeway. Country roads. Anyway we pulled into Kenly, SC. Tomorrow we’re on to Virginia and a visit with Eric Eide and Sherlock. So I’m checking out for the night.

Goodnight to you. Love.